Went shopping at Trader Joe's today. Didn't need a lot of groceries but filled three bags anyway. The bill came to One Hundred Twenty Three Dollars and Forty Five Cents. I immediately realized that the total was counting: 12345. How often have you done that?

I showed the cashier the bill and said, "Look at that total!"

He read it with a questioning tone of voice like it is spelled, "One Hundred Twenty Three and Fourth Five Cents?" I guess he was wondering if I thought it was too much or if he overcharged me. He seemed defensive.

Smiling, I counted, "1,2,3,4,5!" I pointed out counting the total and he realized what I was getting at and laughed.

I received a Trader Joe's vinyl bag as a prize! 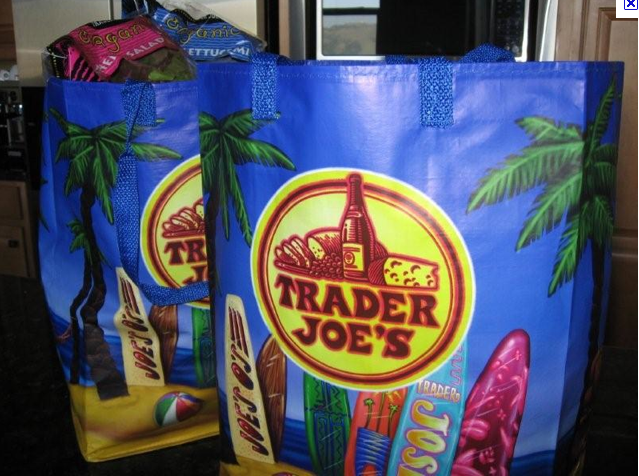 Posted by Michael Horvich at 9:14 PM