A Visit To The Past 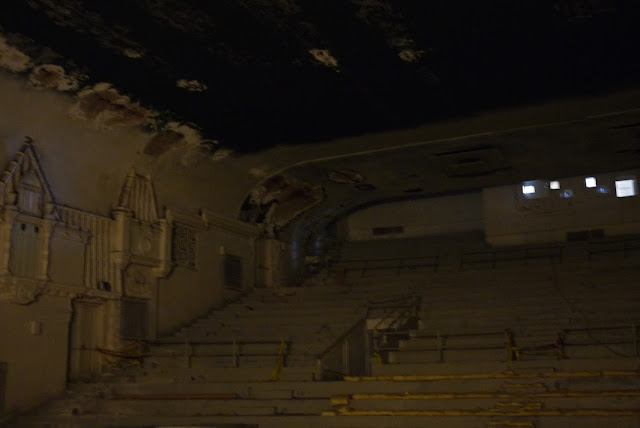 Yesterday I had the chance to visit an abandoned movie theater. I cannot tell you the name of the theater, or the town, or where it is located (I promised the owner) but I can share my experience and some photographs which I took. The final two photographs were found on the internet.

The theater was one of the largest suburban Chicago movie palaces ever built, dating back to the 1920's, and was also one of the most spectacular. It was designed as a French royal chateau of the era of Francois I, and no expense was spared on luxury from marble imported from Italy to antique tapestries. It rivaled many of neighboring Chicago’s finest theaters.

Due to competition from various theater complexes in the area, business fell off and the theater closed in 1988. The orchestra level of the old theater was gutted to make way for retail stores. The balcony is still intact above but is not visible to the public and is not easily accessible.

We entered  the building through a metal alley door behind the stores into an area which is now an HVAC handling area.  This area is quite dilapidated and the floor is seemingly returning to soil. Overhead the stage curtain hangers and some theater lighting can still be seen. 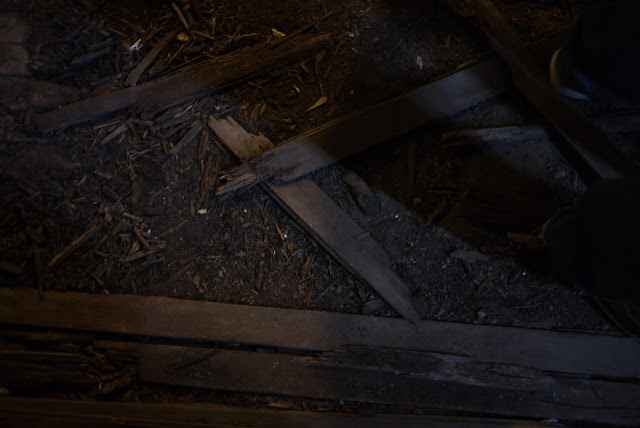 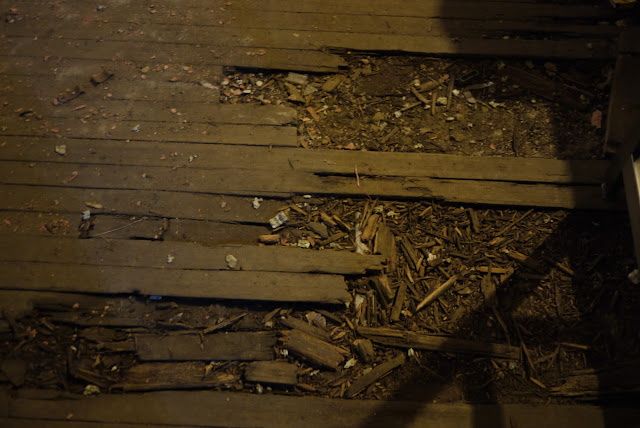 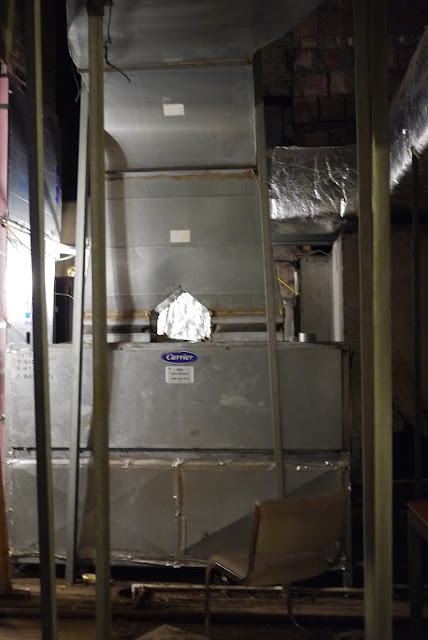 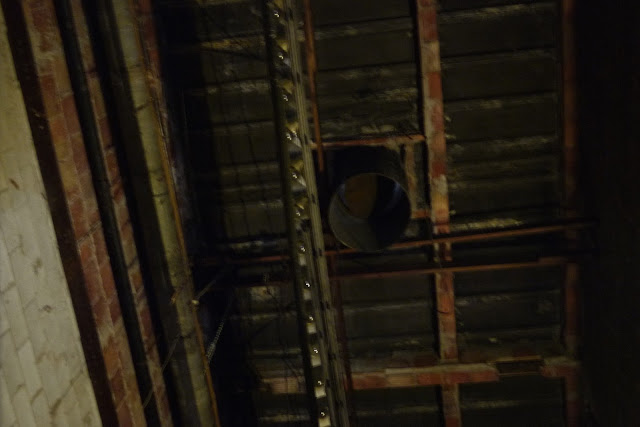 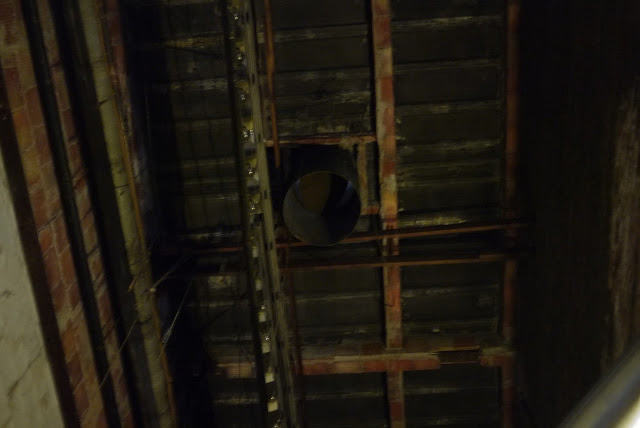 Stuck between a wall and one of the HVAC units is a 15-20 foot ladder constructed of bent pipe which leads to the balcony level. Once reaching a small platform at the top, you enter the front of the balcony through a door built into a wall of cinderblock which now closes in the proscenium of the stage where the movie screen used to hang. 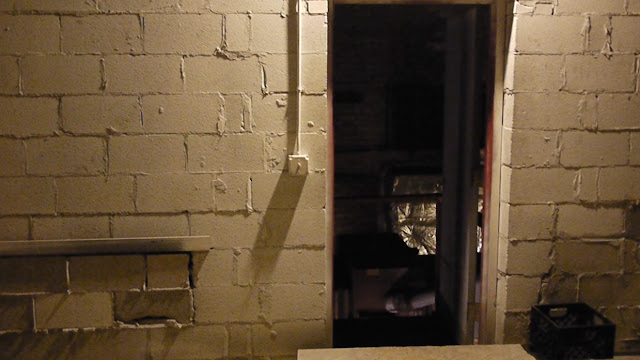 Parts of the front proscenium arch still in place can be seen as well as other parts where it has crumbled or made way for the HVAC for the shops below. 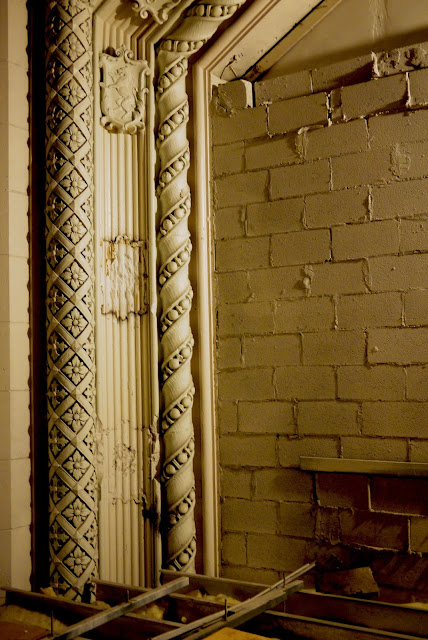 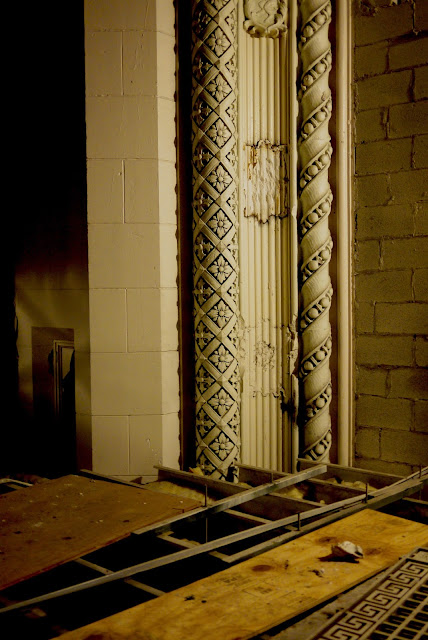 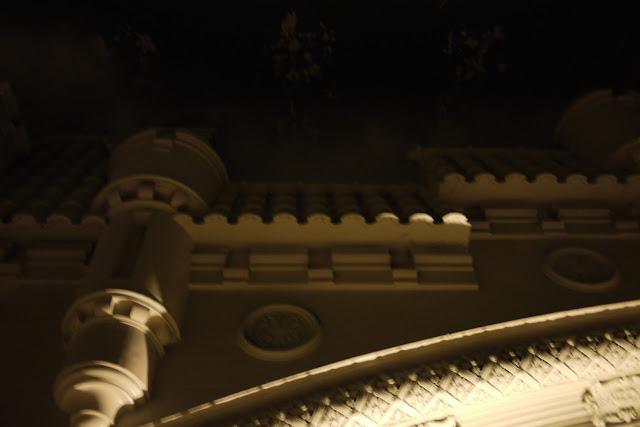 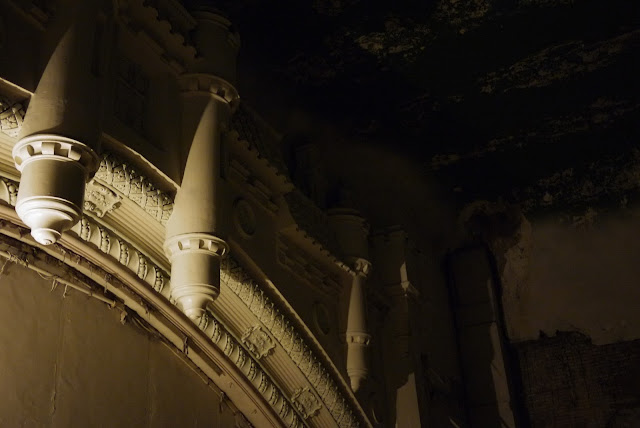 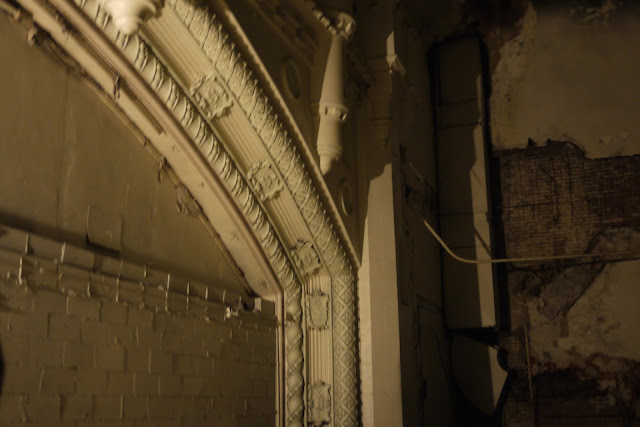 The huge area, which includes the floor joists of the store ceilings below and the balcony, is dimly lit by one light bulb. Some ambient light is coming from the windows (now covered in paper) at the other end of the top of the balcony, though two doors leading to what used to be the lobby. There is also light coming from the five small square windows of the projection booth which still contains the original projectors. A path of plywood runs over the ceiling joists back towards the front of the balcony. One steps over the front railing to actually get into the balcony. I would guess that at one time the levels were filled with upholstered theater seats, now removed. 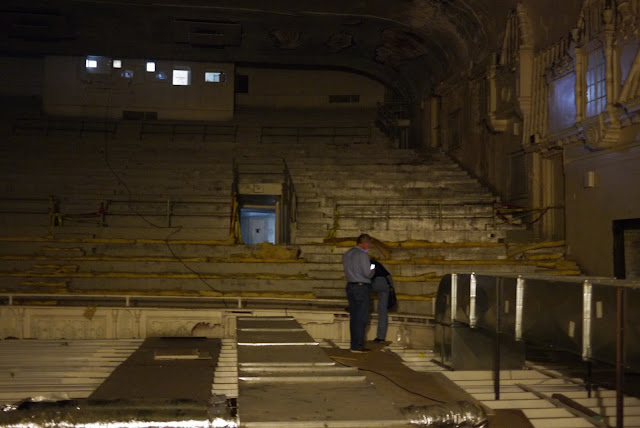 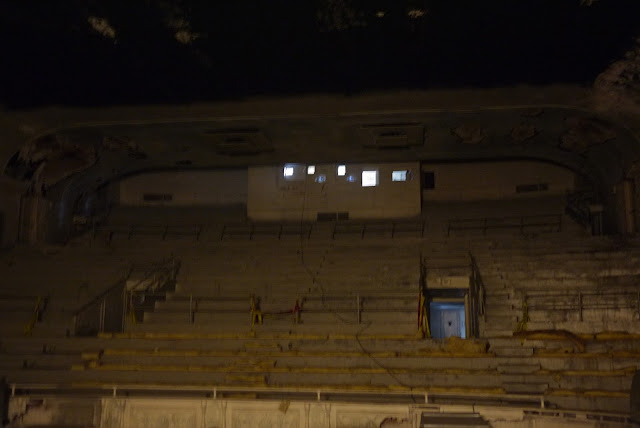 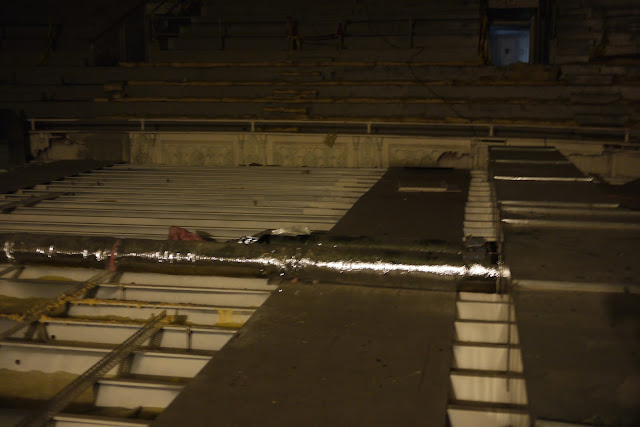 The side walls, what is left of them, resemble a castle or town from the outside. I understand that the ceiling which used to be painted black, but now stained by water and mildew, used to house twinkling star lights to add to the outdoor, courtyard feel of the area. 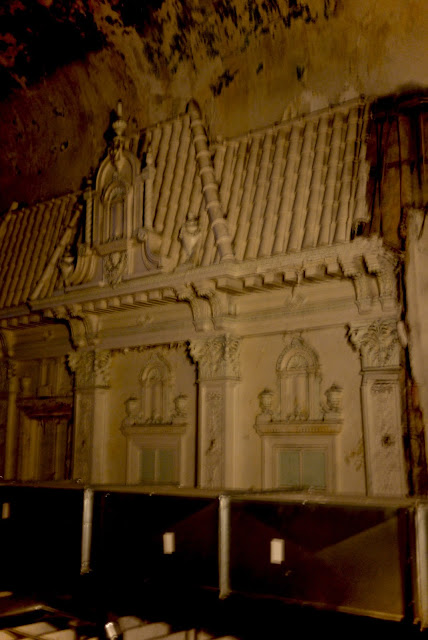 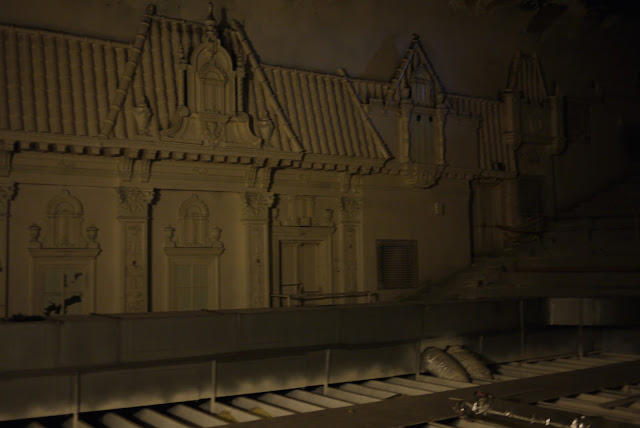 From the back of the balcony you get a better perspective of the front of the theater, the HVAC and ceiling of the stores below, the side walls, the twinkling light ceiling, the top of the proscenium stage where the screen was hung, the arch, and the door through which we entered. 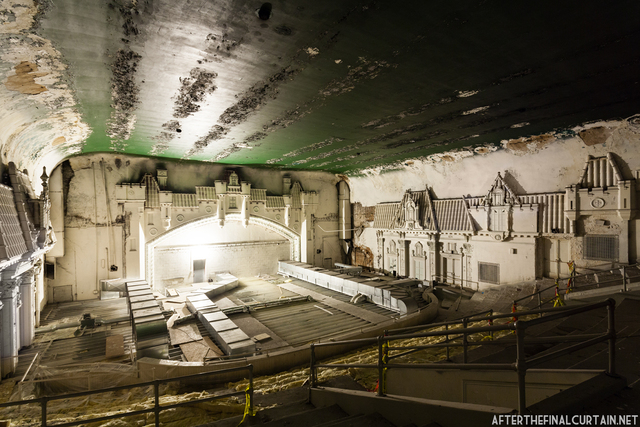 Here is a rare photograph of what the theater looked like in its prime. 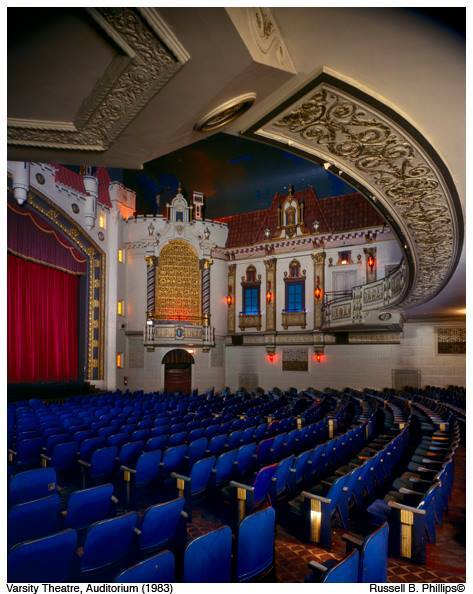 Posted by Michael Horvich at 10:43 AM

Email ThisBlogThis!Share to TwitterShare to FacebookShare to Pinterest
Labels: Abandoned, The Past, Theater