My next grocery store story takes place at the Jewel (used to be known as the Jewel Tea Company) on Morse Avenue on Chicago's north side. When my first partner Robert and I lived on Estes Avenue (three blocks away) I worked there part time. I had just begun teaching at the time but needed to hold down two jobs for a short time to support myself. 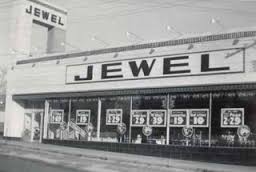 In those days, scanning prices was a technique (let alone a word) that was not known. Each item was marked with a price and the cashier (or were they called clerks) had to enter (ring up) the price by pressing several keys for each item.

The cash register had rows of keys (ones place, tens place, hundreds place, etc and then a row of Enter keys to allow the clerk to note whether the item was from grocery, deli, produce, flowers, drugs, etc.

The Grocery key was the largest because it was used most often and could be hit with the heel of the hand. There was also a silver lever which when pushed in and slid up or down would allow for various functions like refund, or no charge.

So for a can of stew which cost $1.29, the clerk had to press the $1 key, the 20¢ key, the 9¢ key and the grocery key before moving on to the next item. While scanning now-a-days moves pretty quickly, so did this earlier method and the clerk became quite fast at her job.

In the early days of my being at the Jewel, there was a person stationed in the produce department who would weight all the fruit and vegetables and put them into a paper bag with the price written on the side. All the clerk had to do was enter the price and hit the produce key. Very few items were pre-packaged on a Styrofoam tray and shrink wrapped in plastic. Those that were had a price sticker on the bottom.

With this added work for the clerk, more and more items started being pre-packaged and weighed and priced. In those days the quantity of fruit and vegetable items was not as varied as it is today and not all produce was available, as it is today, all year round. That made the produce job a little easier.

Being a clerk had an interesting side effect. You got to see and touch lots of food items about which you knew little or nothing. At least nothing based on what you were used to eating, what your mother used to cook, or what you used to buy for yourself. I got acquainted with pigs feet and pigs snouts. Unusual. Never ate them but got shake hands and sniff them out often.

First came across Summer Sausage which smelled smokey, even through the wrapper and tasted delicious (one day the store was giving out samples on a cracker.) Love it to this day. Also learned about Sharp Cheddar Cheese this way.

Every  now and then, as I was checking out a customer, I would get cravings. One strong one was a craving for citrus. As you know citrus has a visible odor as you handle it, especially since it is not wrapped in plastic. Some nights the craving was so great that I would purchase one of each and take them home for a feast. 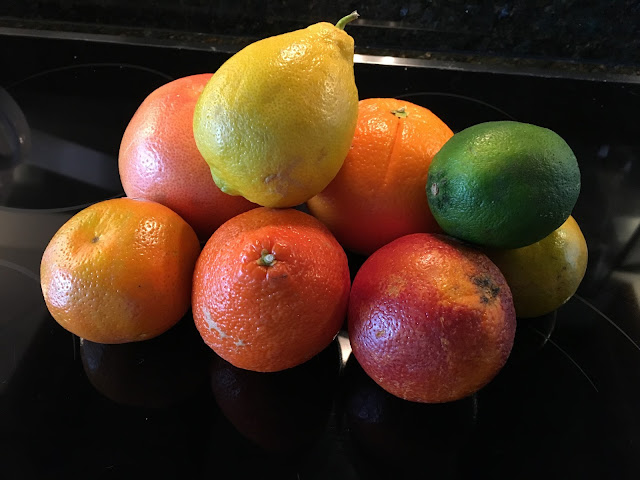 Two memories of working at the Jewel stay with me, both having to do with old people. The first has to do with a very old man who shopped at least every other day. The main thing he purchased was paper towels. Most times he purchased four or five or six rolls at a time. He also purchased some food items but mainly paper towels.

At the time I thought it was strange but never thought past that. In rethinking the experience only one things comes to mind: Pampers!

The other story deals with a very old woman who used food stamps and takes place the day before Thanksgiving.

This little old lady had only a few items in her cart and in a studied way placed each item on the moving conveyor belt. First was a sweet potato. Next was a small can of cranberry sauce. Finally was a can of turkey cat food. There was only one scenario that these items could paint.

My heart went out to her so while pretending to ring up each item, I only entered 5¢ instead of the real price. Instead of $1.29, her bill was 15¢. I took three 5¢ stamps out of her stamp book. I am not sure if she noticed but that it didn't matter and thanks were not necessary. After she left, I paid the difference out of my pocket.

Happy Thanksgiving Day to you! 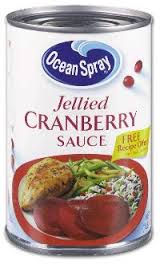 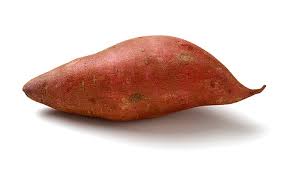 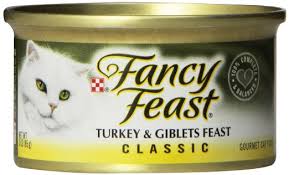 Posted by Michael Horvich at 12:50 PM