The American Pavilion Announces Its 19th Annual Emerging Filmmaker Showcase at the Cannes...

Alzheimer's: A Love Story is part of this 19th annual showcase! Congratulations to Gabe Schimmel, Monica Petruzzelli, Riani Singgih, and Amanda Le. Thanks to Chapman University, Dodge College of Media Arts in Orange, CA; Professor Sally Rubibn  and benefactor Andre Dhont.  Gregory is smiling down at all of us!

For 28 years, the American Pavilion has been the epicenter for American hospitality and communication at the Cannes International Film Festival. AmPav brings together a variety of professional and emerging filmmakers, as well as industry executives, to meet in a comfortable, relaxing environment. It not only provides information and amenities for members and guests, it also features the Roger Ebert Conference Series, which offers "insightful and provocative panel discussions and in-conversations with filmmakers, talent, and top leaders." However, it also boasts an Emerging Filmmakers Showcase that aims to highlight short documentary and narrative films from young filmmakers from around the globe.

Today, the American Pavilion announced the line up  for its 19th annual Emerging Filmmaker Showcase, which features 23 films from young up-and-coming filmmakers. The films in question focus on diverse array of topics, some of which include the United States' occupation of Iraq, the 2014 U.S. immigration crisis, and the extensive history of the New Orleans Sazerac. The line-up features thirteen films directed by women, more than ever before, and for the second year in a row it will have a special section to highlight LGBTQ films. The winners will be selected from a diverse jury that includes agents, producers, festival programmers, and others.

The American Pavilion the epicenter of American communications and hospitality at the Cannes Film Festival, had an unprecedented number of applicants this year for The American Pavilion Worldwide Student Program, it was just announced by Student Program Director Michael Bremer.
In an increase of 35% from the previous year, a total of 220 film, hospitality, event, and business majors as well as culinary students representing universities and culinary schools from across the U.S. and the world, will make their way to the Croisette. Students will have an unparalleled behind the scenes look at the Festival, the Market, and participate in internship programs with leading companies in the movie industry.
New this year, The American Pavilion will include a relaxing, dedicated student lounge on site along with a student satellite booth, co-sponsored by The Hawaii International Film Festival in celebration of its 35th anniversary, that will be located in the Palais, near the Short Film Corner. Both spaces will allow more opportunities for students to connect with each other and the global film community.

The American Pavilion Worldwide Student Program is the only officially recognized and sanctioned program by the Festival de Cannes and the Marché du Film. To complement university and school curriculums, students participate in roundtables, panel discussions and workshops with film industry leaders, attend screenings and premieres, and complete internships.
Notable alumni of The American Pavilion Worldwide Student Program include filmmaker Jeff Nicholls ("Take Shelter," "Mud"), Producer Gerard McMurray ("Fruitvale Station"), Acquisitions Exec Scott Shooman (Sony, CBS Films), Supervising Producer Bryan Wynbrandt ("Alcatraz,""Hawaii Five-O"), and Location Manager Chris Baugh ("Argo," "Steve Jobs").
“We’re not only bringing more students than ever to this year’s event,” said Student Programs Director Michael Bremer, “but our student population is even more internationally diverse than ever before. Our successful outreach to Hong Kong last year yielded some fine students, so this year we took our program offerings to Korea and select European cities as well. Having the brightest English-speaking International students work alongside the American students is a fantastic experience for all.”
This year The American Pavilion will inaugurate its Cannes Lions Student Program. Modeled on its successful American Pavilion Worldwide Student Program held at film festivals across the world, this new program, taking place June 21 – 27, is tailored to the events and opportunities that are unique to the prestigious international advertising festival. Students will experience the Cannes Lions sessions, panels, and awards ceremonies coupled with in-depth conversation and analysis each day.
“The Cannes Lions Festival of Creativity is a fantastic event,” said Bremer. “Just three weeks after the film festival ends, the world’s leading creatives and technologists in the fields of advertising and brand marketing converge again in Cannes to celebrate the finest in global brand messaging.” 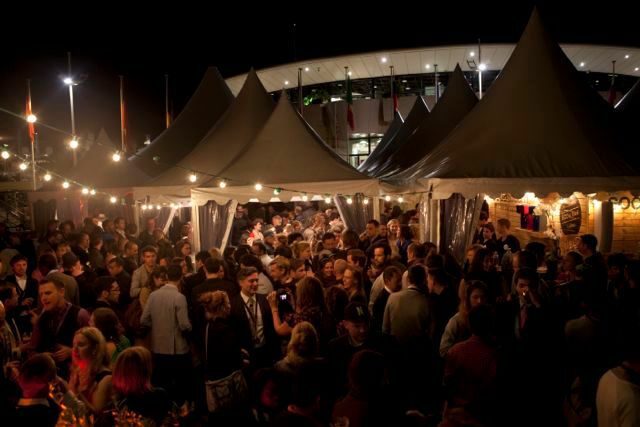 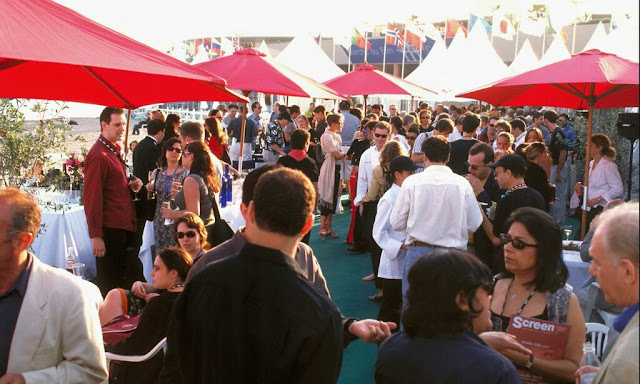 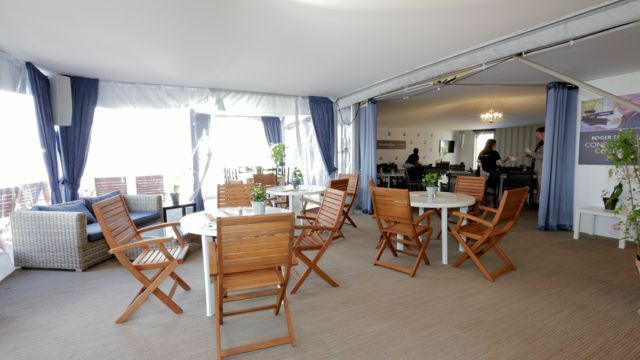 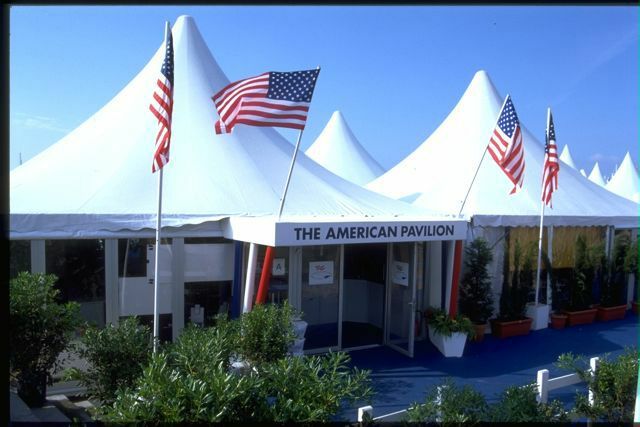 Posted by Michael Horvich at 9:44 PM