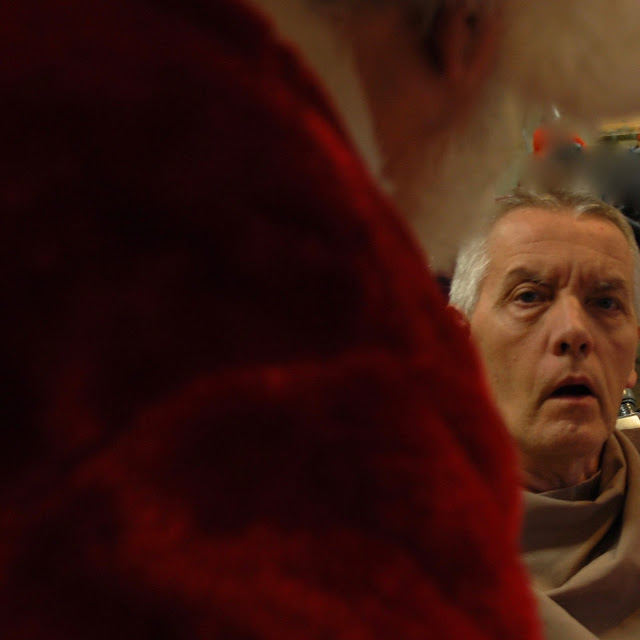 This photo was taken during December 2014. Michael put on his Santa Suit and visited the residents at Lieberman bringing cheer, holiday carols, and candy canes. After spending time with residents on the sixth and seventh floors (more independent people,) he visited his friends on the fifth memory care floor.

If one would try to interpret Gregory's face in this photo you can see a little confusion about who this person in red might be but it also looks like just behind the cloud, a grin and an awareness is about to break out that it is Santa Claus (and possibly his life partner and best friend, Michael!)

I can almost hear his voice saying, "Oh my! How wonderful! It's Santa. You're Michael. I love you!"

Posted by Michael Horvich at 11:33 AM