The Floating Opera Company opened its 2017/18 season with "War and Peace," a multi-media production in four parts that tells the narrative of American soldiers leaving for war and returning to a world they no longer understand. The program took place at the Lincoln Park Presbyterian Church on Saturday, May 27 at 7:30 PM, and The Chicago Temple over Memorial Day weekend: Sunday, May 28 at 2:30 PM and Monday, May 29 at 7:30 PM.
"War and Peace" honors the centenary of the United States’ entry into the Great War on April 6, 1917. The production, conceptualized by Floating Opera’s Artistic Director Daniel Grambow, is a composite opera comprised of important works from wartime eras by Francis Poulenc, Claude Debussy, Irving Berlin, and Spike Jones, and highlights “forgotten” composers, such as Ernest Farrar, Patrick Hadley, and Pierre Vellones. Projections, sound design, and animation enhance the experience.
Terry Marc Henderson II conducted and Daniel Grambow directed the Floating Opera Ensemble, comprised of Chicago-based vocalists and instrumentalists. There was pre-concert entertainment starting at 2 PM and 7 PM, respectively, where opera goers can immerse themselves in the world of pre-war America. The concessions area featured items which were available to WWI veterans: Cracker Jacks, Life Savers, Tootsie Rolls, Chocolate Chip Cookies, Hershey Bars, Twizzlers, etc.
A portion of proceeds were donated to the Chicago Temple and Veterans Association. This program will also be presented as part of Lincoln Park Presbyterian Church’s spring showcase on Saturday, May 27 at 7:30 PM. Tickets may be purchased at the door.) 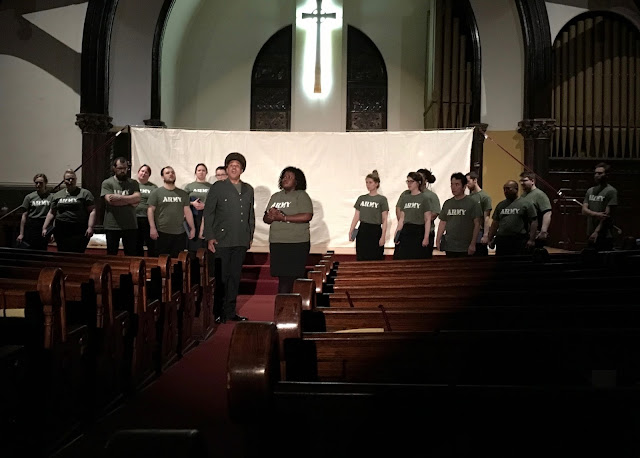 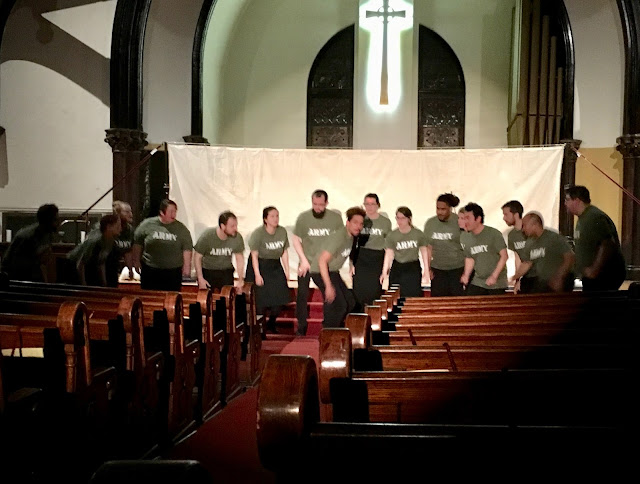 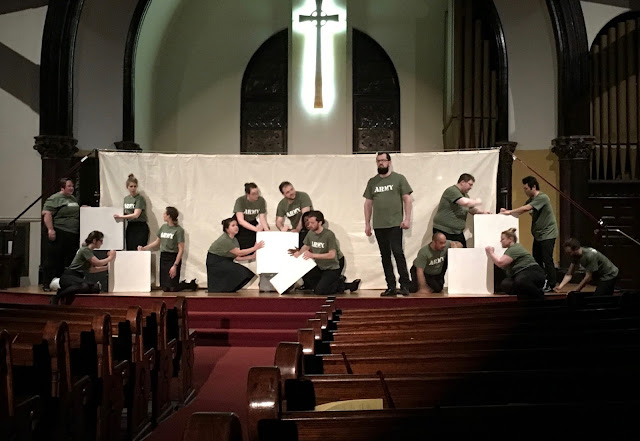 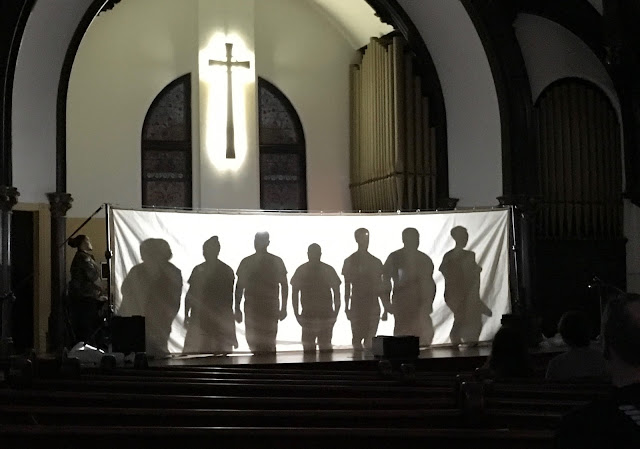 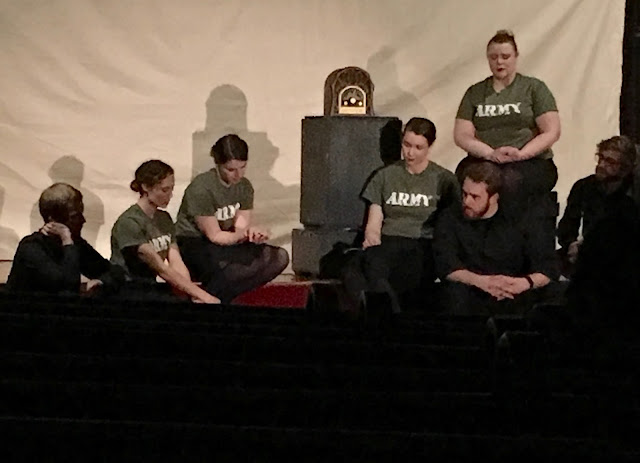 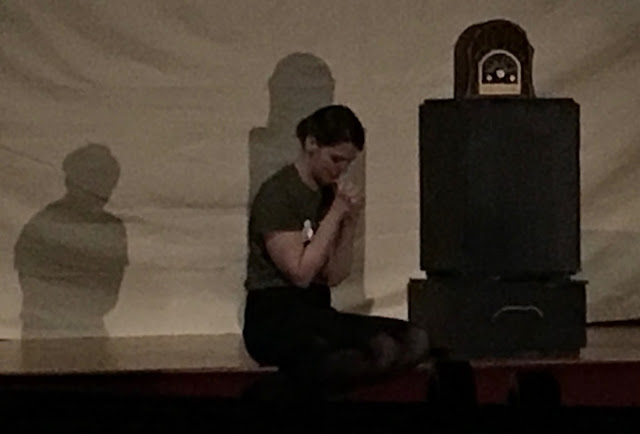 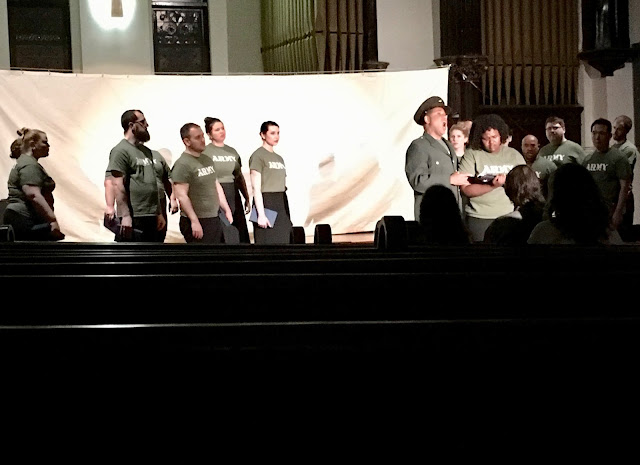 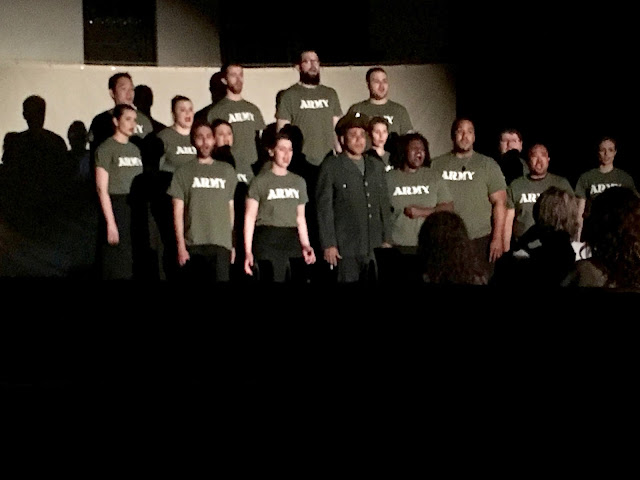 Posted by Michael Horvich at 11:54 AM