Around Christmas time in 2014, I arrived at Lieberman in my "Santa" to entertain the residents on the assisted living units with caroling and candy canes. I was joined by friends Jan, Isaac, and Cheryl, who with aides and staff, supported the singing.
This was a first for Lieberman, being a Jewish establishment (although they accept residents non-denominationally,) and I think it worked by being billed as the "Jewish Santa.
I ended on Gregory's memory care unit at lunchtime. The look on his face says, "I think I almost recognize this Santa as someone I love a lot!" A precious memory. Gregory died before the next season. 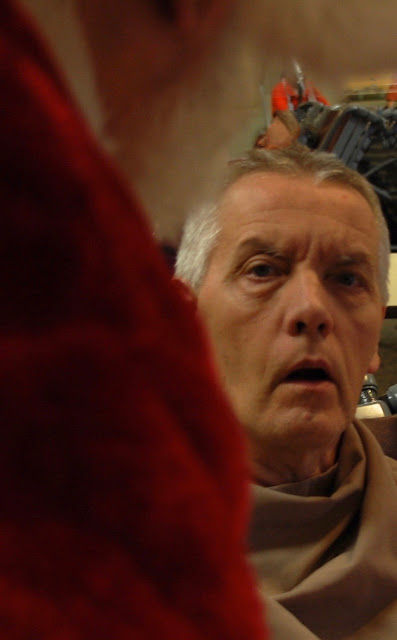 Gregory in 2011. Three years before Lieberman. Four + years before his passing. Forever in our memories, hearts, and love! The photo was taken at Shakespear Theater on Navy Pier. I love the reflected light of the Ferris wheel in the window behind Gregory, it feels kind of ethereal and/or saintly! 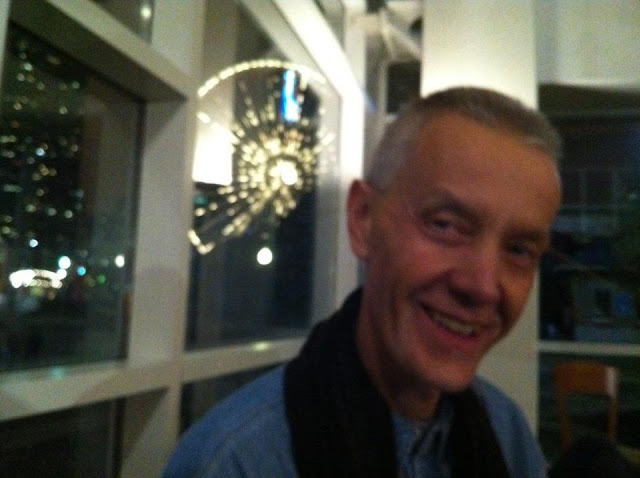 Taken in the condo two or three years before his final decline. 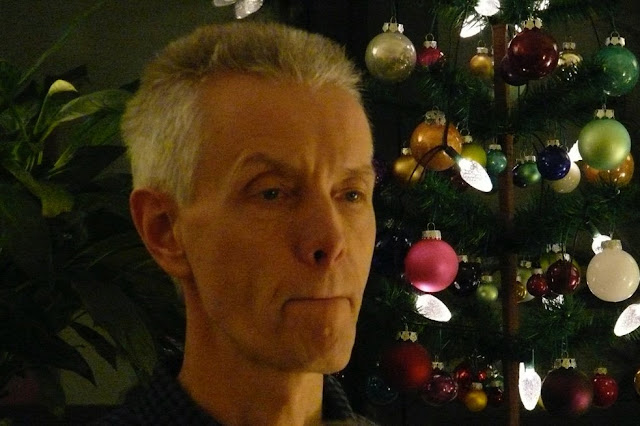 Taken one or two years before his final decline. He loved to refer to the decorations as the "Christmas Pipe" as compared to a "Christmas Tree." Two dozen or so antique mercury glass ornaments, of various sizes and colors, were hung on the fire sprinkler pipe which traverses the condo living room. The groups were organized in approximate "colorways" or "blue and silver" for Hannukah and "red and Green" for Christmas. 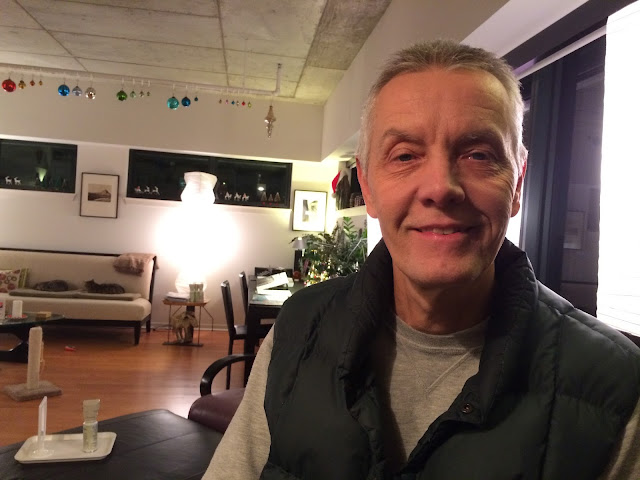 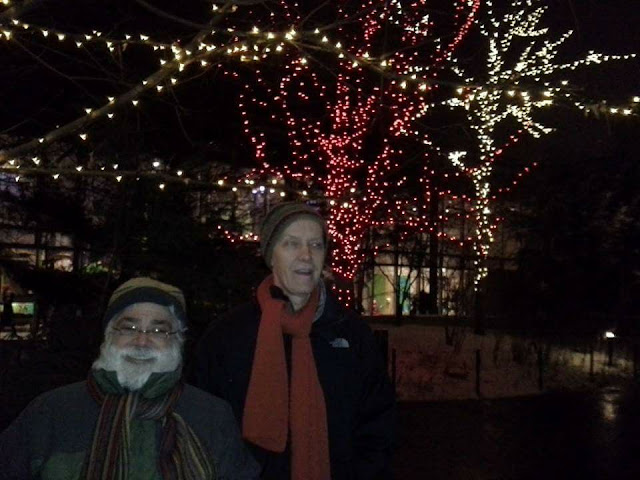 Taken on a Marshall Field's Christmas adventure (even though it was Macy's by then) some half way or three quarter's way into his jouney with Alzheimer's. 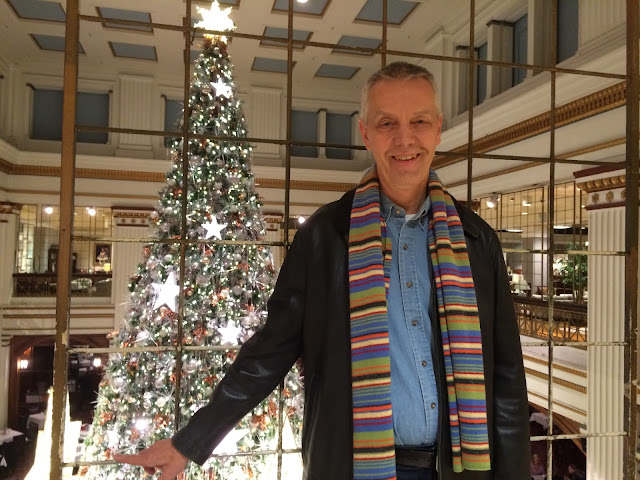 At the Chrismas Train Exhibit at the Chicago Botanic Gardens. 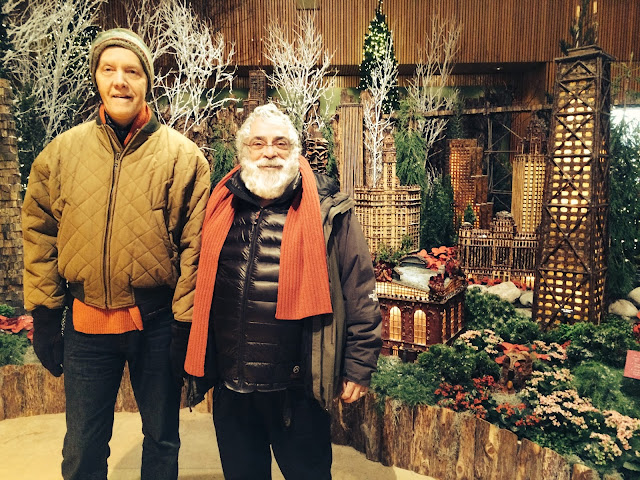 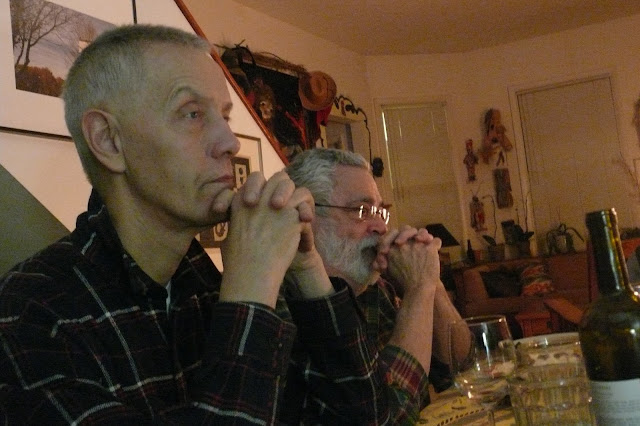 Christmas in Racine, Wisconsin with Chuck and John and the "Gay Family." 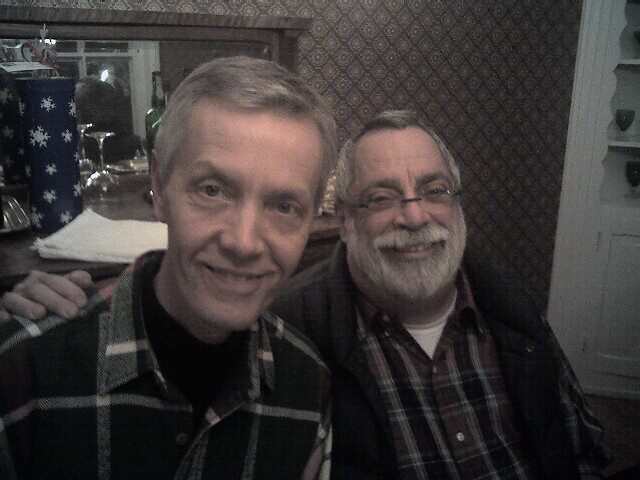 Posted by Michael Horvich at 11:05 AM