Shared by a psychiatrist friend. Something to think about. 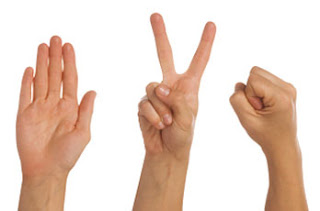 Anger, fear and sadness play scissors paper rock with each other.

But in the absence of resentment, anger becomes courage, fear becomes respect, and sadness becomes grief.

-adapted from Ernie Kurtz, The Spirituality of Imperfection

-shared by Steve Farmilant
Posted by Michael Horvich at 10:16 PM