A Close Look at Grief 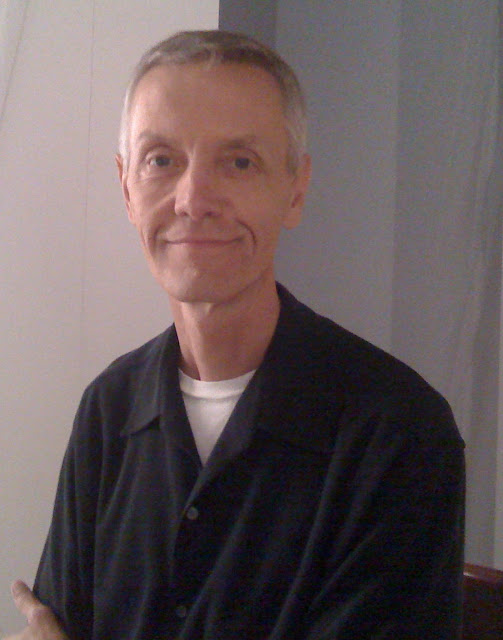 It is so hard to get really close to the trauma one has experienced in one’s life. In my case, the trauma I am writing about here, lasted 12 years as I walked the Alzheimer’s Path with my husband, my partner, my lover, my friend, my soulmate, Gregory.

I did a good job of shepherding Gregory though his illness but it was just that, his illness, not mine. That added a little bit of guilt to the story. Fear complicated the story: fear of what he was going through without my really being able to experience it myself or even to understand at times what he was experiencing.

Anticipatory grief played havoc with my mental and emotional well being. What would happen tomorrow? What changes would show up later tonight? Cognitive skills slowly withdrew and then reappeared, sometimes weaker and sometimes not, and then finally they would disappear. Playing my part as a caregiving partner with respect for Gregory was more and more difficult. Maintaining "normalcy" in our life changed often; sometimes daily, sometimes hourly.

It was a game without rules, or rules which changed on a moment's notice. It was a dance without music or practiced moves. It was a musical with words and melodies, and sets and costumes; which often made no sense.

Emotions, I used to think were bad things to be controlled. Through my studies in Buddhism, I discovered that the emotions were part of my classroom, my life classroom. I learned that they were a barometer to how my life was going. I thanked them for arriving, for getting my attention, and asked: “What lessons do you have for me?”

If I was physically or mentally not up to dealing with the emotions or if their arrival was inconvenient to my daily schedule, I could welcome them and explain why I could not meet with them right then. I promised that I would invite them back when I would spend unrushed time with them. I made sure I did invite them back instead of burying them for too long.

Dealing with the memories, emotions, and lessons learned was not always pleasant. Sometime a warm, satisfied, successful feeling would arrive with them. Often working with the grief of Gregory’s being gone and the loss I felt was overwhelming, painful, and filled with tears. Now and then a tantrum, shouting, or beating my pillow would help.

To sit with the emotions and ride through the storm they brought, would always help me feel better for having done so. The lessons made themselves clear to me and insight was my reward. I was working through my trauma.

I grieved in my own way, I did a little research, I found a book or two that helped. I did not let people tell me how to grieve or for how long to grieve and out of the goodness of their hearts they often tried, some lovingly and some with an attitude of “you have got to move on!”

Slowly it did get easier as the research, books, and friends said it would. But “easier” is not really the best way to explain it. I now believe that one never gets over GRIEF! One grows larger than the grief and stronger than the grief which makes it easier to carry.

Gregory became finite: he was no longer alive to grow and change (at least on this plain?) I continued to be infinite: growing, changing, learning, experiencing, pursuing new and exciting adventures in life.

The most difficult part of my grieving Gregory's death and my life was about losing the physicality of our relationship. Not being able to care for him, be there for him, hold his hand, tell him I love him, share our adventures, laugh together, and so much more made me miss him all that much more!

New ways of having a physical relationship with him were slowly developed. I talk to him every night before bedtime, I ask for his help with important decisions, I created a shrine on the bookshelf which is on his side of the bed. His remains rest in his favorite Grandma Carrie's sewing box which is part of the shrine.

Fresh flowers and candy are always on his shrine shelf (which I eventually eat myself.) I wave at his photograph on the shelf and keep a battery candle flickering 24/7. Presents that are purchased for him while traveling live on his shelf, like the collection of hearts purchased on my travels. Holidays get their turn with a small Christmas tree, a valentine I saved from him to me, a small Easter basket with jelly beans.

I will always grieve my Gregory, there will always be a hole (felt) in my chest until the day I die. I am just “better” at dealing with the grieving! At special times of the year, like holidays and birthdays; or when confronted by certain triggers like a song, a familiar sight, the smell of a certain food cooking; the grief returns in full force and I let it in.

But because I am stronger and infinite, it is easier to pick up and carry on. I can carry the weight of that grief in ways that I could not do right after Gregory left and not in ways that I could have, had I not let the sorrow, grief, and pain in to sit with me to teach me their lessons.

Posted by Michael Horvich at 8:45 PM