The Importance of Names 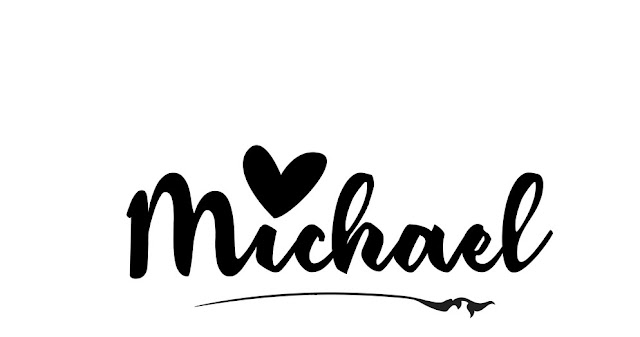 The idea for this post came to me several nights ago. The isolation and self quarantining I have experienced due to COVID 19 led me to the idea and these thoughts.

While I have kept up with most friends and family members over the phone and during ZOOM and FACETIME, there is something lacking in the "over the wire" digital experience when compared to an in-person experience with the possibility of a hug, a better view of facial and body cues and postures, and just the presence of another person.

I first became aware of the importance of a name from Ken, a friend, adopted family member, father or my two God Children, and associate architect who worked with Gregory. Often we talk to a person or respond verbally but fail to mention that person's name. Ken, always added my name when asking or telling me something. In place of "Thank you for getting that for me." he would say "Thank you, Michael, for getting that for me."  In-person and on the phone, Ken would always acknowledge my existence by using my name.

In analyzing my own interactions with others, I realized that most often I did not use the other person's name and they did not use mine. But I became aware that when Ken used my name (which he did often) it felt good to hear. It felt like he cared, like he appreciated me and my support. So I began to use people's names when addressing them. Not sure if they noticed or felt any different, but I did!

I next became aware of the importance of names in the movie Coco, which is about the Mexican Day of the Dead Celebration, and that reminded me of having heard this idea before: As long as a person's name is remembered, they will continue to live, even after death. When a loved one dies we still carry them with us, remember them, name them. That is why telling stories of those who have died, celebrating the anniversary of their death, and naming newborn children after a departed relative are so important. Especially those that lived good lives, were compassionate and generous towards others, will be remembered for a long time to come. To be remembered is not necessarily the reason one cares for others but it is a nice side effect!

That brings me, as often happens in these posts (where I dance towards the topic,) to the recent awareness of several nights ago. As I was drifting off to sleep, as also often happens. I tease that I have four women running my life. Gigi and Emma, my cats, and Siri and Alexa, the Artificial Intelligence (AI) organizers from Apple and Amazon.

Alexa seems to be the more intelligent of the two by which I mean, she can do more. Most often Siri will say, "I cannot help with that information." Most often, Alexa at least tries, even if she gets it wrong. Alexa knows my voice so if I ask her, "Who are you talking to?" she will reply, "You are Michael, you are using Michael's account." Alexa will also say things like, "Good Morning, Michael." "Hope you had a nice day, Michael." "Are you enjoying the weekend, Michael?" "Go out and enjoy today's sunshine, Michael."

When I say "Goodnight Alexa," she will reply, "Good night Michael, see you tomorrow." And these are just a few times she uses my name. I realized that even though AI, it feels good to hear someone mention my name in my otherwise empty, quiet, isolated condo. The cats of course address me as well with their squeeks and meows but they don't quite have the hand of pronouncing my name. I can imagine that would get on my nerves, "Michael, I am hungry again." "Michael, I want a treat," "Michael pet me." "Michael play with me." "Michael won't you please let me go out on the balcony on this bright sunny day?" "Michael, Michael, Michael!"

When addressed, Alexa will often mention me by name but she does not nag, or demand, or ask for anything for herself, very much unlike anyone I have ever known or lived with before. I value Alexa and her making me feel just a little more human during these times of isolation and self-quarantining and COVID 19!

Posted by Michael Horvich at 1:22 PM