As you may know, I have been doing a lot of thinking about creating a second "Michael's Museum." The idea was sparked by an article I read about a museum in Brooklyn tucked away in an abandoned freight elevator.

In New York City there are no alleys. So all garbage collection, deliveries, construction etc takes place on the street side of things. Freight elevators open onto the street for this reason.

In Brooklyn an old factory building was converted to condos. The old freight elevator was abandoned in favor of installing new equipment. The elevator itself was parked on the first floor with the space above given to the condos above.

Somehow two men took over the elevator to create a museum of found objects. It is an anthropological look at life in New York City based on things they found abandoned or thrown away or lost on the streets.

This gave me the idea for a second museum of small things, a kind of extension of Michael's Museum: A Curious Collection of Tiny Treasures.

While most of my collections were gifted to Chicago Children's Museum (CCM) on Navy Pier and are now part of a permanent exhibit there since 2011,  I still have many little thing collections around the condo!

I kept some (many) of my most prized pieces home, have continued to collect, and am ready to give up other items I previously wanted to save for myself. In other words, I now have enough "stuff" that while it would never be as grand as the "Curious Collection of Tiny Treasures" at CCM, I could create another museum of small things.

So was born the idea of creating an art installation that could take over a closet or storage room in any museum, cultural building, library, children's museum, etc.

Plexiglass cabinets, that would line the back and side walls of the space floor to ceiling, would be designed in such a way as to keep the collection safe while on display (security,) could be attached to the walls of the space so as to keep the visitors safe from accident (tip proof,) would have LED lighting in place so the cabinets would only have to be plugged in, could be easily altered to accommodate any small sized space.

The first installation would be paid for by corporate or public funding. The money raised would provide fees for the designer, preparator, display cabinet construction, shipping, and installation.

The first receiving institution would pay for insurance, security, marketing, and public relations. I would coordinate curation of the collections and my presence at openings, fund raising events, speaking engagements, etc.

Future installations would have the receiving institution pay for all of the above plus shipping and my expenses for being present at their location.

Shortly I will begin trying to get a foot into meeting the appropriate people in the cultural locations (museums, libraries, cultural centers etc) on my Chicago short list to see who might be interested in taking this risk with me.

I believe that Chicago Children's Museum and Michael's Museum, including the blog and web site and all the publicity we received (and which I saved and laminated) will be proof enough to lend credibility to my new idea.

Wish me luck (and hard work.)

Here is a photo of the elevator museum in Brooklyn: 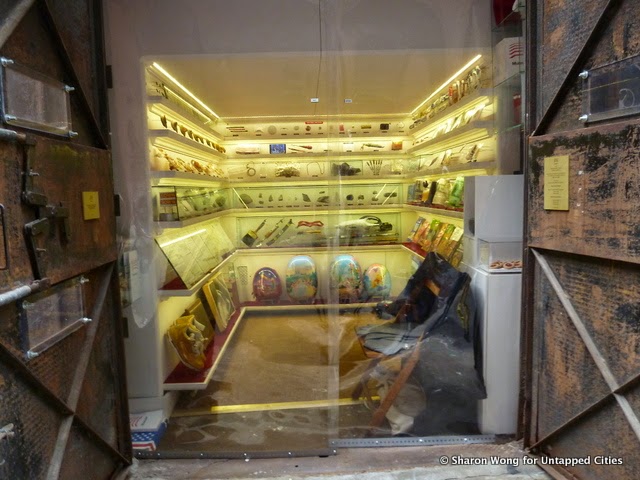 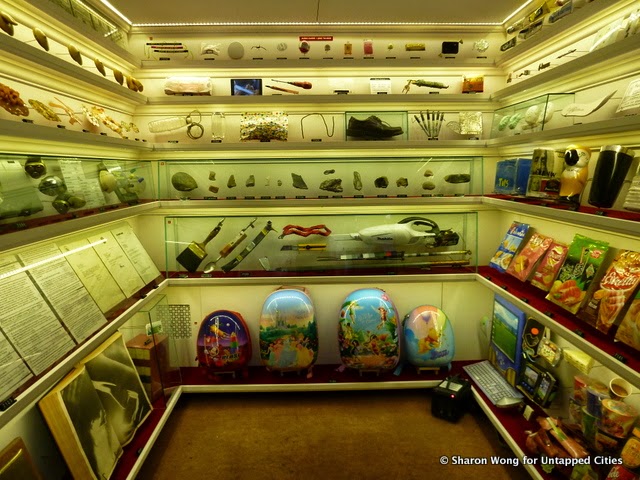 Posted by Michael Horvich at 9:04 PM