Alive At The Theater

I can't really explain it. But I can feel it oh so strongly. When I see theater, I feel oh so alive! Theater of any type. Plays, musicals, opera? One of my unrealized fantasies has always been to be "on stage" and not the type that is leaving in 15 minutes. I mean the type where I run off to New York to be "discovered" and end up in a musical that is going into its 235,741st performance. I did a smattering of work on stage when I was in college: "Little Me" as a chorus member and dancer and a "farce" as part of a playwright workshop and a few others. But I devoted my energies to being an educator for thirty years instead of running off.

The next best to fantasy experience was being part of over fifteen operas during a twelve year stretch as a supernumerary (an acting extra) for The Lyric Opera of Chicago. One is cast on three criteria: 1) If a previous production - do you fit the costume (which can be altered +/- three inches.) If a new production go to number two. 2) Do you fit the director's vision - if looking for older dark men who could be Italian, Greek, Jewish, etc, I'm in. If looking for tall, young, blonds - I'm out. and 3) If you meet the first two, it helps that they know you from previous operas and that you are reliable, will be at all rehearsals and performances, and you can take direction well.

I haven't been in an opera for several years because I could not be away from Gregory for the time commitment necessary to be in one. I recently went to a casting where they were looking for 11 men. Seventy-five men showed up. I was not cast. I might go to future castings but am wondering if the time commitment and energy necessary are past my prime?

So last night when I not only got to see a wonderful operetta but also knew a number of the singers in the show, had worked with the director, and knew many opera related people in the audience, I felt really alive. The director introduced me to two of her friends saying, "Michael was in the first opera I ever directed and we became instant friends." I commented on how alive I felt when in the midst of all this (waving my arms) and she told me she would be in touch to involve me in some of her future work.

The female lead, when I introduced myself after the show and thanked her said, "I saw you on the street and then was pleased to see you in the audience." We took a photo together. The male lead in the show, and also founder and artistic director of the store front opera company, was exuberant in shaking my hand as I thanked him and excitedly blurted, "I know you from the Lyric. You are also that man who has those small toys and that museum that my wife and I and kids came to the opening a while ago." Yes that is me!

So I not only feel alive when I attend a theater event but even more alive when I can vicariously feel part of it or know people involved in it. Maybe this aliveness is still destined to be part of my experience in earnest when I finally produce my Flea Circus, when I get my book published, when the documentary wins The Sundance Film Festival and goes viral, or due to something of which I am not yet aware. 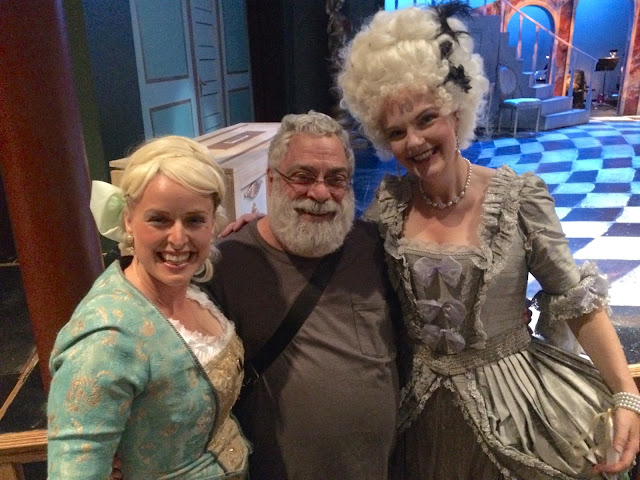 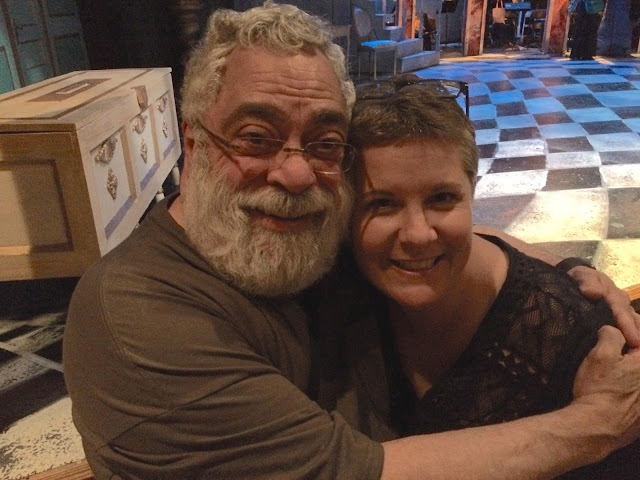 The operetta I saw last night 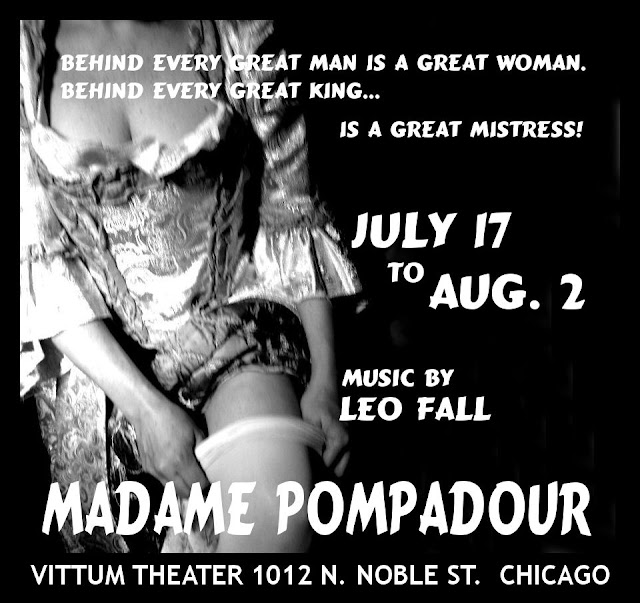 Posted by Michael Horvich at 10:38 AM