She says that the bear doesn't hold much memory for her. It was never given a name. She was about to give up ownership, maybe take a few photos in situ, and leave it behind at the park. "Maybe someone will take it but probably, considering its condition," she said, "the park maintenance people will just toss it."

For some reason, I could not let this happen, so overwhelmed with tears I offered the bear a new home. Perhaps it is because she is such a good friend and I value this ratty bear that has been with her since her childhood, as a stand in for how much I value her. Or perhaps it is because I am generally sad that she is moving and I will miss our frequent, spontaneous get togethers.

Or perhaps I know something she does not know, especially right now as she is moving and packing and getting rid of things she doesn't want to take to the new place but I know for sure that she really values and loves this bear, whom I have named Bear.

It is so velveteenized that it would put the Rabbit to shame, even with its world renowned story. Bear has so few patches of soft fur left, when compared to its available rough meshy base, that it does take an extra something to want to hug it.

Another hint at the love that this bear holds are the numerous areas that have been over time, by a young girl and or her mother, Frankenstein stitched back together to keep it in one piece.

Further evidence of "Love of Bear," is that when she carried it into Chipotle to take a few photos over lunch, she carried it by its ear. While she ordered she hugged it. Now if that isn't love, what is? Afterwards, Bear drove home. 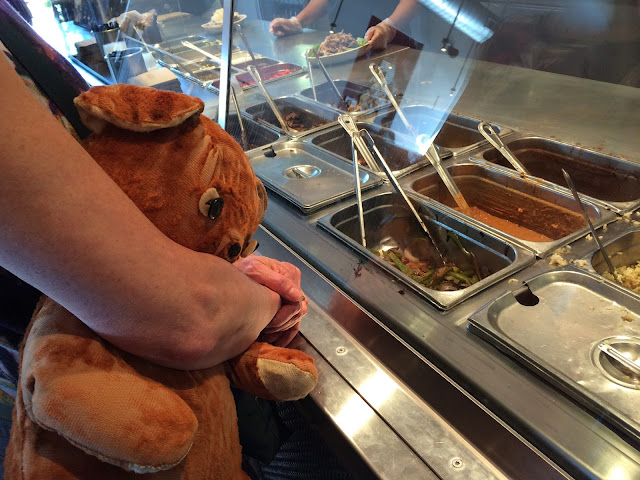 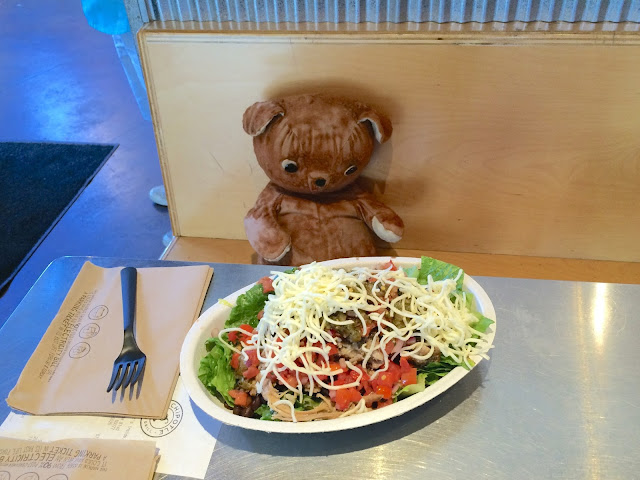 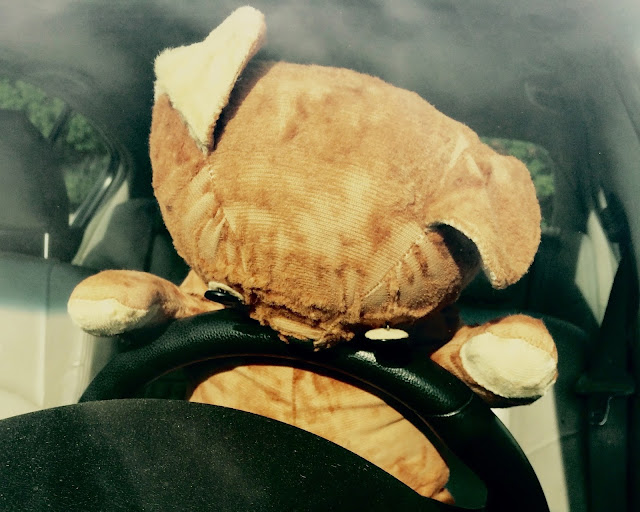 After lunch we went to visit Gregory at Lieberman. He took to Bear very easily. We are sure that Peaceful the Bear, Gregory's personal bear, did not take offense but rather was supportive and caring of Bear. Bears tend to be that way towards fellow bears. No questions asked and no value judgement made, appearances not important.

Maybe Bear will spend some time with me at the condo and also spend time with Gregory at Lieberman. Nice idea, huh? Then when my friend is in town, which will be fairly often since her husband teaches at Northwestern and they have a new apartment here for him, Bear can visit with his original owner when she comes to visit Gregory. She is probably one a few most loyal friends that Gregory has and now we will have Bear.

This Bear must be at least 50 years old. Most likely you have rough patches and mends too from being as old as you are, Dear Reader, and I still love you! That is why I'll bet she still loves Bear very much! 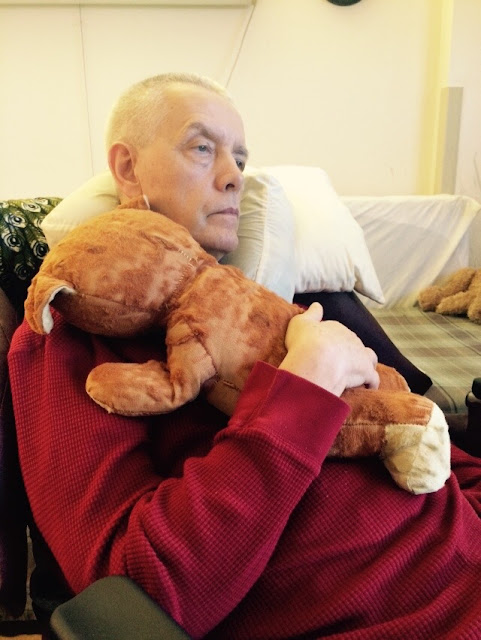 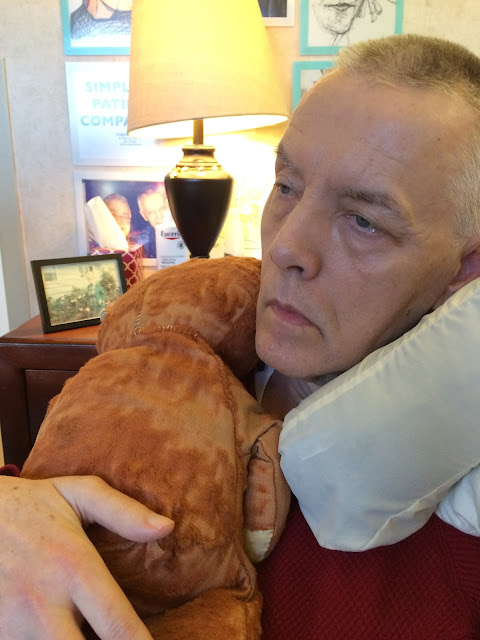 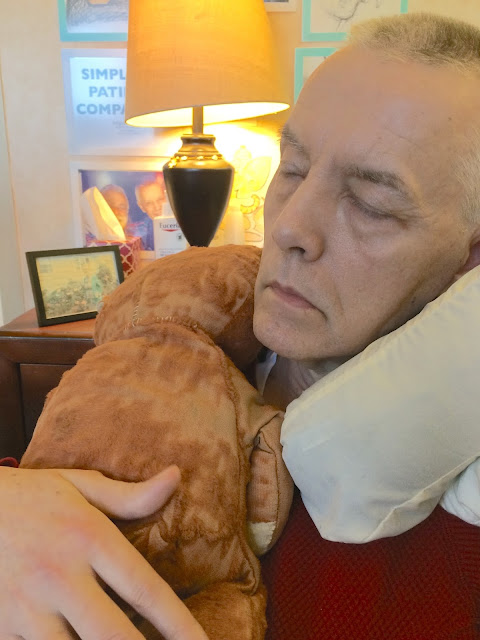 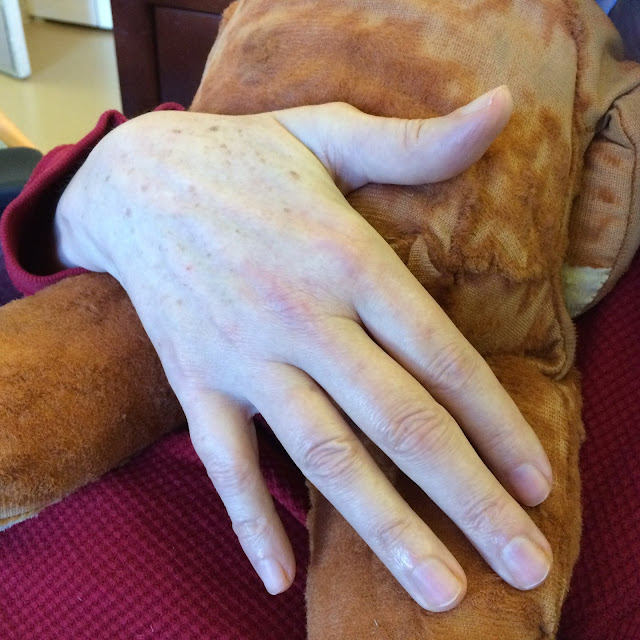 Posted by Michael Horvich at 1:58 PM