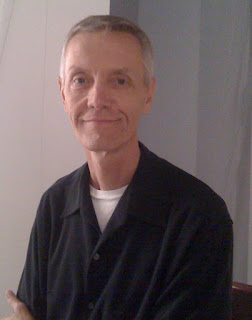 It has been over half a month since I have written here. I find that I am still spending most of my time on the Alzheimer's Blog processing Gregory's passage.

So much has happened in the last month including his death, the arrangements for cremation and the cremation itself, writing an obituary for him which in part informed the obituary in the Chicago Tribune and in full was reproduced in the Windy City Times with my name in the "by-line."

The Lieberman memorial brought family and friends as well as residents, residents' families, administrators, department heads, staff, CNA's, custodians, and more. Gregory was so well known and so loved by everyone at Lieberman. Food included pastry leftovers from the condo plus cookies, brownies, chocolate nut toffee, mini-candy bars, MandM's, coffee, tea, and lemonade.

The "More Than Ever Education Fund" is in full flight as Casa Norte plans for its unveiling at the First Annual Spring Education Luncheon. We raised close to $3,000 in contributions in memory of Gregory.

I drove to Battle Creek, Michigan to spend the weekend with Gregory's family. His brother and sister-in-law planned a Memorial Dinner with several of friends as well as family. Many memories were shared and stories told.

So if you haven't already, check out the Alzheimer's Blog for photos, processing, and tears as well as joy. http://mhorvichcares.blogspot.com

Posted by Michael Horvich at 11:10 AM