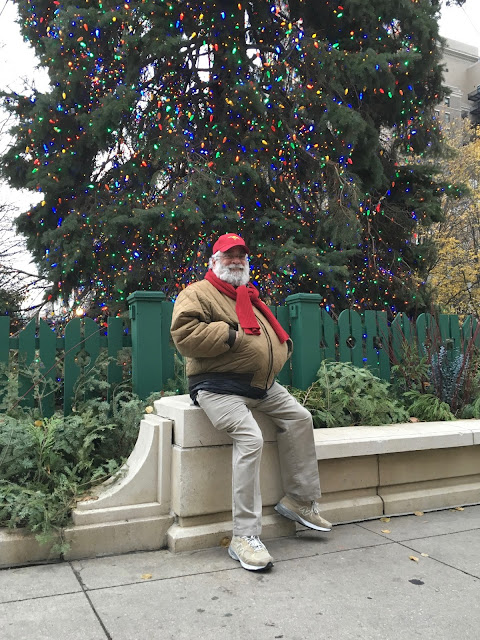 While downtown today with niece Colleen Maire, received 8 “Santa Sightings” in just a few short hours. Very reinforcing to be able to support the myth! BELIEVE!

Received everything from children staring and pulling their parent's coat sleeve, to a teenage boy shouting, "It's Santa!" Several older women asked how my season preparations were going and one woman asked if the sleigh was ready. A teenage woman who, when asked, told me she had been not only good but "Very Very good!" I told her that I was happy to hear that because I have been checking my list twice.

Over by the "Bean" at Millennium Park, someone addressed Colleen and me as Mr. & Mrs. Santa Claus. Earlier at the Kris Kringle Market, while we were sitting in the warming house, a man referred to Colleen as "your wife." We didn't correct  him.

Posted by Michael Horvich at 6:08 PM