First you stand in line outside along the side window watching the people inside enjoy their dinner, for as long as the time you need to wait for your turn to get a table. Luckily the temperature in Charleston is moderate and my light jacket is keeping me comfortably warm. 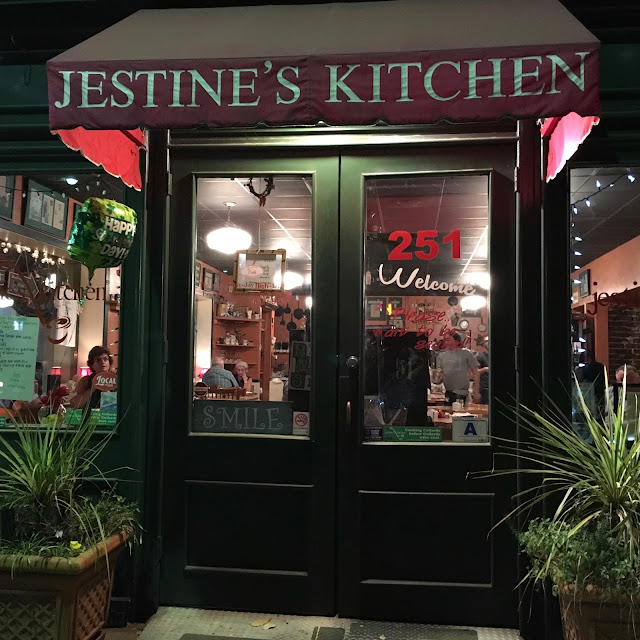 You notice that there are a number of empty tables and wonder why you still have to wait. Once seated, you come to find out that they are slowing down the seating because the kitchen is behind with only one chef and his sous-chef. 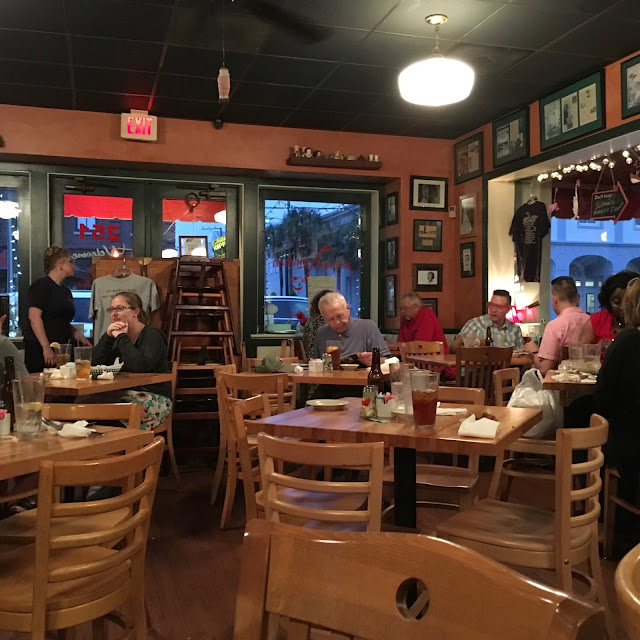 Finally you are next in line and as your stomach growls its excitement, a nondescript, casually dressed woman comes to the door and says, "Sir Michael, I have a table for you." The restaurant is a balance of nondescript and quaint and vintage and mix and match. 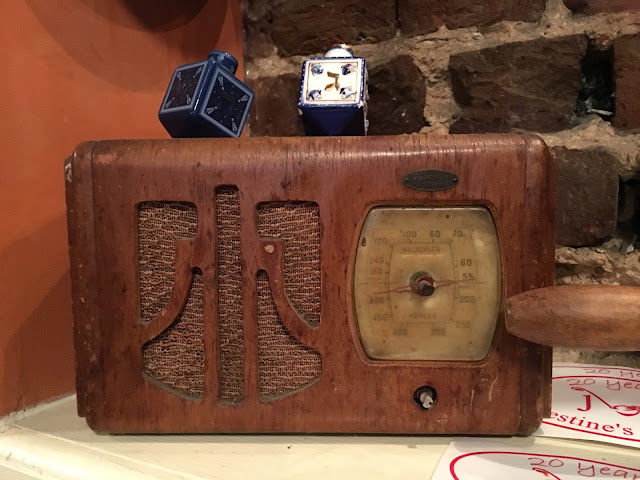 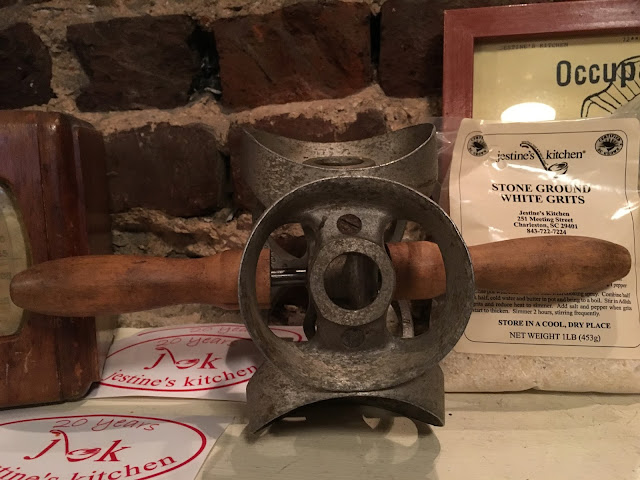 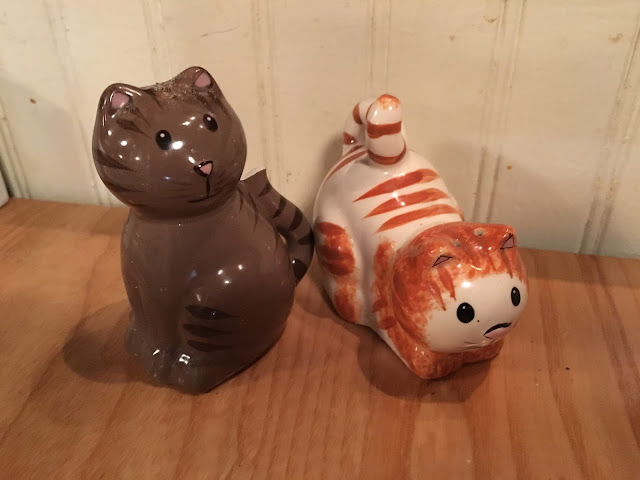 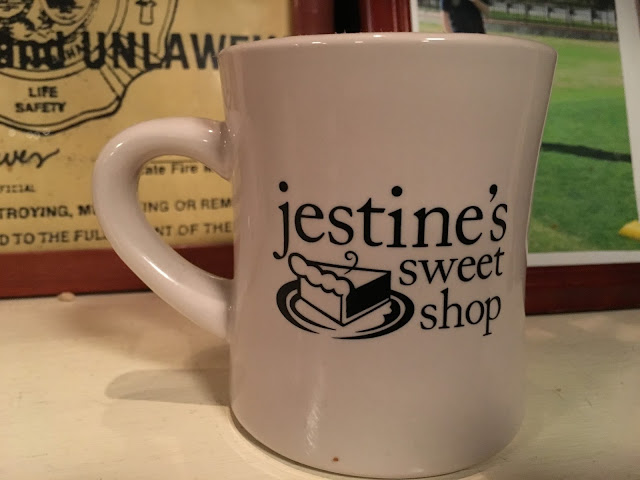 This "non-descript" woman quickly and easily becomes identified as the pleasant, friendly, welcoming owner of the place. Your first impression was only due to your hunger. You address her as "Mademoiselle Dana" since she called you "Sir Michael" but she corrects you saying, "Call me JUST Dana." So I call her, "Dana" and she corrects me, "No, JUST DANA.

JUST DANA hands me the local newspaper saying, "I never get a chance to read the thing so tell me if there if there is anything important in the news today." Instantly you feel at home and at ease with siting alone, table for two, having dinner by yourself. 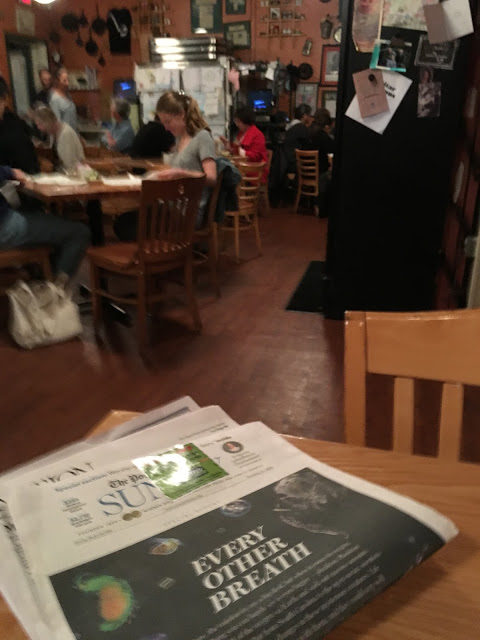 I look over the menu with its wonderfully southern fare and decide on Fried Chicken Livers with Onions. I chose, as my "2 veggies," Okra Gumbo and Coleslaw. Chad, my-wait person, first brings my SWEET Ice Tea and a complimentary dish of homemade, bread and butter chips. 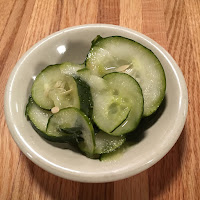 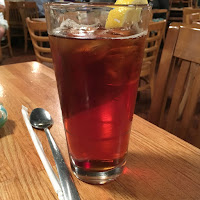 When the meal arrives, from its looks and its aroma, I knew that I made the right decision. The livers are fried but slightly pink inside, the coleslaw is tangy and fresh, the okra gumbo is steaming with the tomatoes just tart enough and the okra a touch slimy (which is what okra is all about!) The brown gravy adds to the overall delicious of the meal. It was definitely, as I knew it would be, worth the wait! 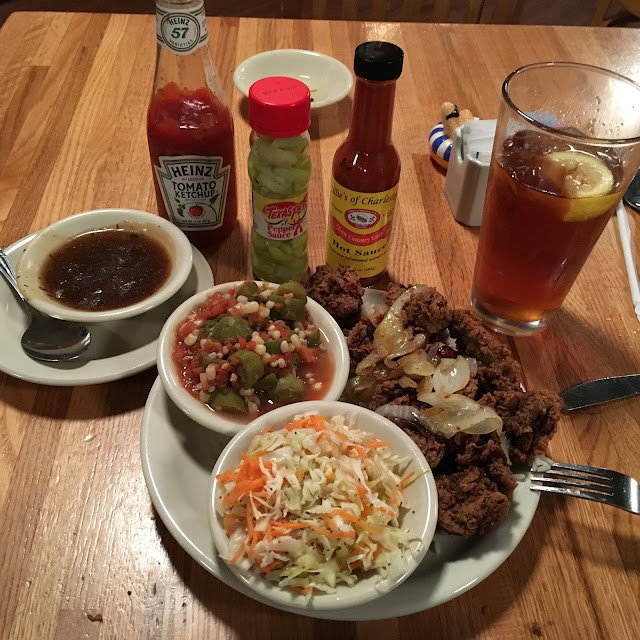 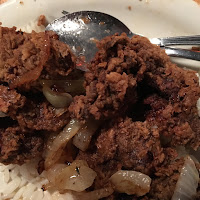 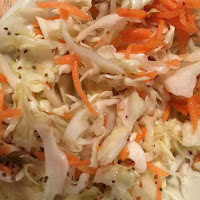 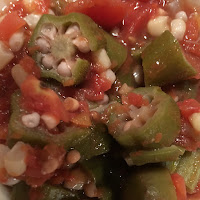 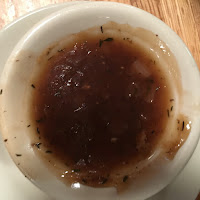 Dana drops by to see how I am doing and besides showering her with compliments, which I meant sincerely and can tell she enjoys greatly, I asked about the photograph on the wall next to my table. "Oh haven't I told you the story of Jestine's Kitchen?" ... and Dana begins ...

"My grandfather, Aleck Ellison, hired Jestine as a housekeeper/ nanny when my mother was about to be born telling Jestine that he would be grateful for her help and promised to support her for the rest of her life. The joke was on my grandfather because Jestine lived to be 112 years old. She was not only part of the family for my mom, who was an only child,  but also was there for me!

Justine Matthews, that was her name, was born in Low country in 1885, her mother was a Native American and her father was the son of a freed slave. You can imagine not only how important she was to the family but also the wonderful things that came out of her kitchen as I was growing up. Not only traditional veggies, seafood and fried chicken but also homemade table wine, sweet tea, peach cobbler, and pecan pie. 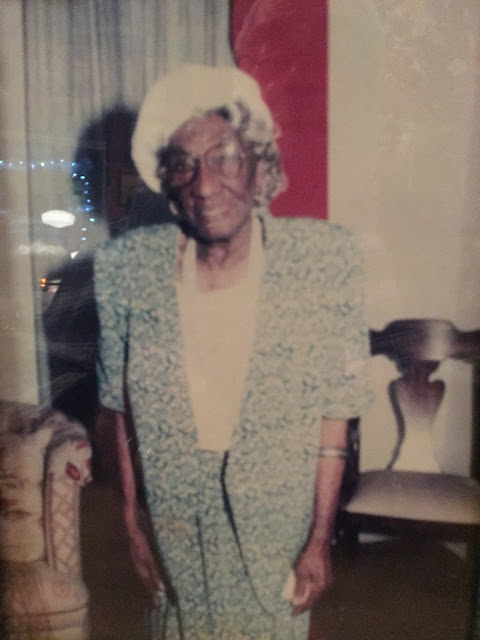 When Jestine turned 110 she became ill and it saddened me to think that eventually she would leave us and over time no one would remember her or her wonderful style of home cooking and the warm atmosphere in her kitchen that she provided for generations of friends and family. I decided to create this restaurant so you could share a meal that could have come from her kitchen. 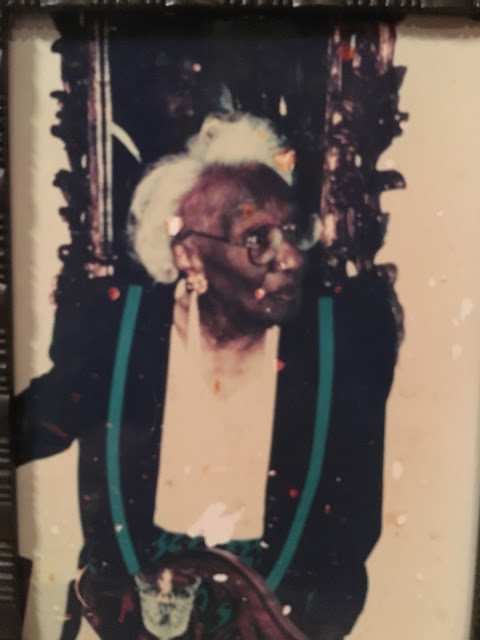 Justine died when she was 112 on December 18, 1997 but her spirit lives on, here at Jestine's Kitchen in Charleston, South Carolina. 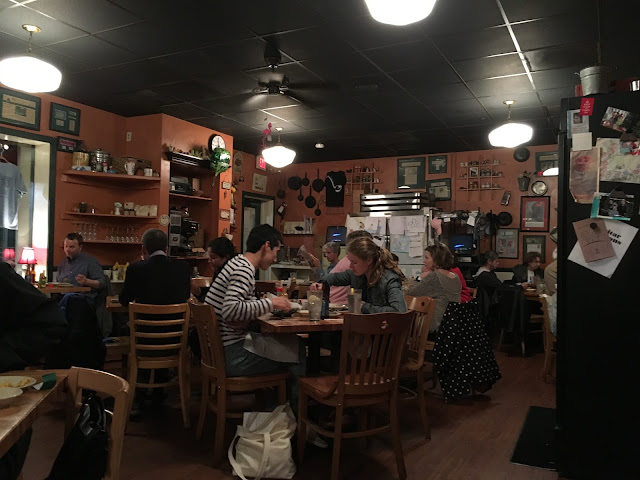 P.S. The food was so good, that I returned on my last night in Charleston for a second chance. JUST DANA welcomed me again by name and I felt at home. This time I ordered the meatloaf, red rice, and collard greens. Need I say yummmmm? 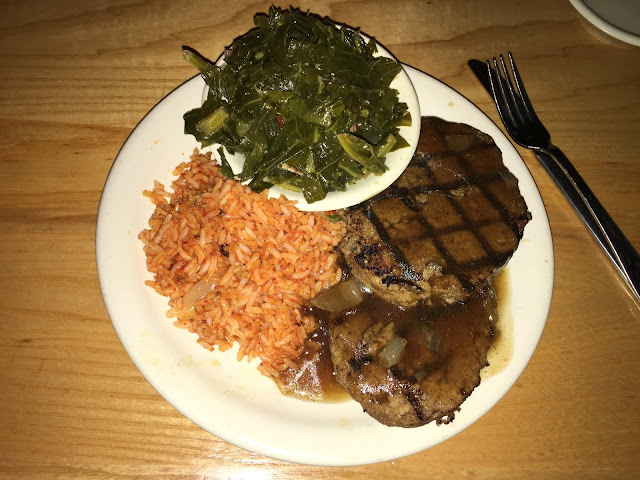 Posted by Michael Horvich at 12:23 PM