Sunday I Went To Church 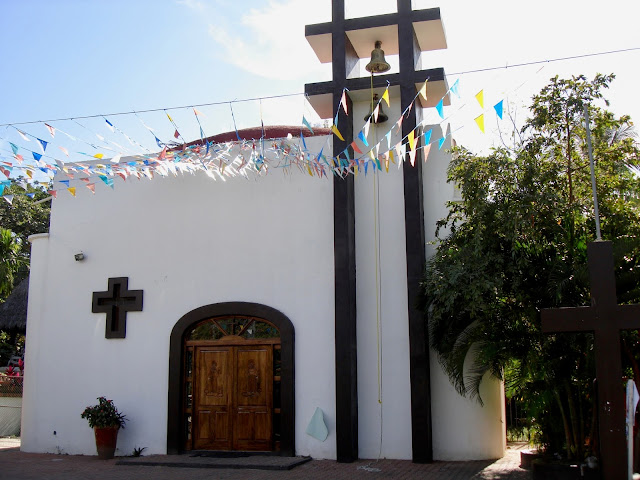 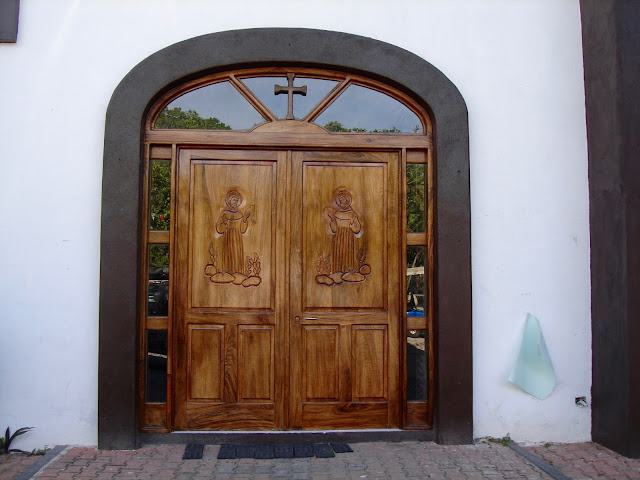 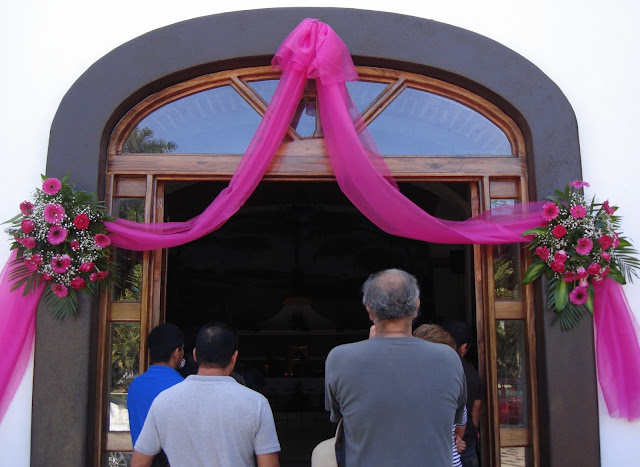 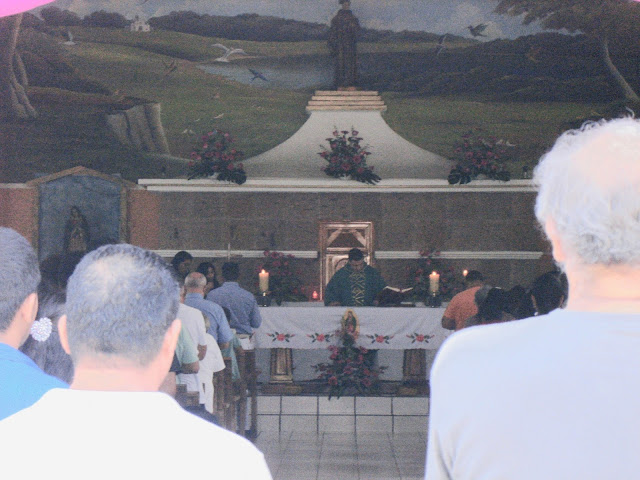 Sunday I went to church. As I lie in bed, hoping to get a few more winks, the church bells rang (should I say clanged) some dozen or two times (I lost count,) then paused and rang one more.

I rolled over and went back to dreaming until I heard the clangs again, the pause again, and then two more. Second call to come to church.

I got up, got dressed, and was having a cup of coffee and some toast when the third call to prayer rang and I took off for the 12:00 service to the Church of Saint Francisco, located a short two blocks from the guest house.

When I arrived, the church was already filled and the procession was about to begin with the participants lined up outside. I quietly slipped past and found a seat against the wall at the back of the church. Some people had on their Sunday finest an others had on everyday clothing including shorts and t-shirts.

The organ struck up a hymn and the procession began. It was led by two young boys in street clothes, one carrying a wooden cross mounted on a pole and the second a candle. Next came an older woman (Church Elder) carrying a bible and then a father and mother holding between them the hands of a two or three year old girl who was dressed beautifully in a frilly purple dress that was wider than she was tall. Next came the parish priest and finally the guest priest who was visiting from New Jersey.

A few short seconds after the visiting priest entered the church, the procession finished with three dogs: eagerly, bouncingly, running in, circling, finding their owners' pews, and settling down at their owner's feet.

The place was filled to capacity and people were also standing along the walls, behind the last row of pews, and outside on the steps. One young family stood out for me as they sat together crowded into one pew including the mother, the father, and five children in descending age. Around the church the many children were well behaved while at the same time active, quietly chatting, and being generally "antsy." Discipline, if any, was gentle.

One boy, five or six years old, who was with his family who were sitting near me in the back of the church was playing with the holy water which was contained in a bowl which was part of a concrete statue of Saint Francis. He would dip a finger and cross his forehead, then he would dip another finger and cross the forehead of the statue, then he would just dip his finger and make water waves in the bowl. His mother would gently admonish him without using any words, he would stop when he was doing and then return to his water play when mom looked away. This went back and forth three or four times, without any escalation in anger, emotions, or discipline and finally the child went and sat by her taking her hand in his.

The service was in Spanish, of course, and I was pleased that I was able to understand most of it. Voices were strong during responsive reading and full during singing. When everyone stood for parts of the prayer, the elderly continued sitting as did many of the children. The priest was pleasant and expressive.

Outside the church a table was set up selling home baked items and drinks. What a wonderful experience it was for me to be so immersed in the community. When in Mexico, how can one NOT go to church on Sunday?

Posted by Michael Horvich at 11:31 AM