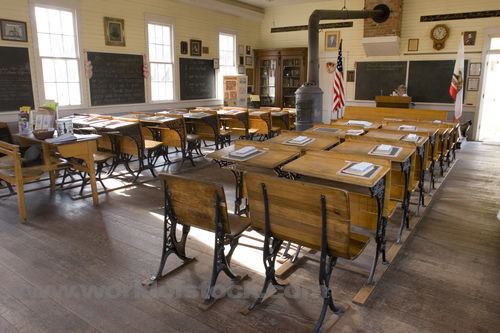 The early elementary classroom I used to return to after a long summer with bee stings, sprained ankles, and sun burns; looked very much like the one above including the "Regulator" clock on the wall which I would watch tick one-minute jerking by at a time until we were FREE from yet another day of school. It did not have a "stove" but rather under the windows were alternating bookcases and radiators. 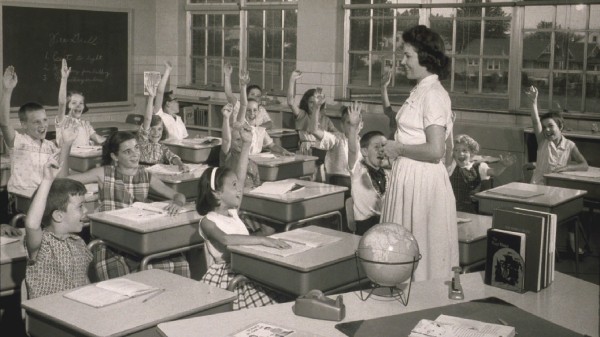 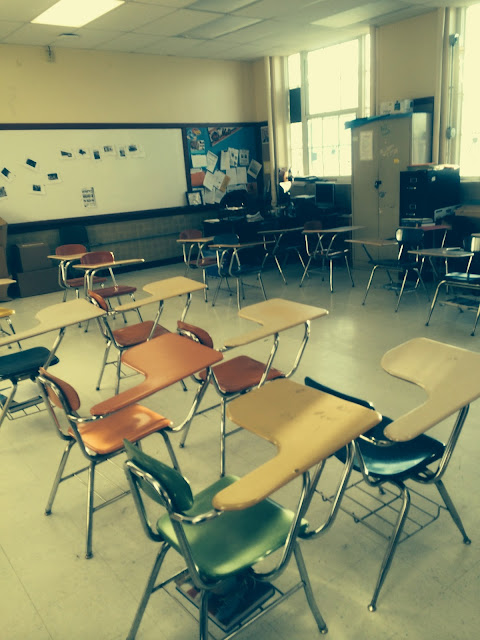 This is how my high school desks looked. Like the early and middle elementary school desks, they were very uncomfortable and created a "fidgety" situation for which every now and then you would be called out or sent to the Principal's Office. This was also the time in a boy's life when the notebook served as camouflage when holding it in front of you while walking down the halls. (If you get my drift.) 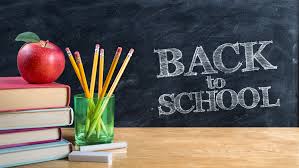 This year, as "Back to School" sales and supplies began showing up, I was very tempted to buy myself a set of brand new school supplies. Pictured below are supplies in my memory from elementary and high school. I attended K-8 from 1950 - 1958 at Goudy, Stewart, and Boone Chicago Public Schools. I attended High School from 1958 - 1962 at Senn and Mather (CPS.)

There was always a wonderful feeling in having all new supplies. They had a certain smell (when is the last time you took a good inhale of a fresh box of Crayola crayons, pencils, or taken a bite of your Pink Pearl?)   Pictured below are a three-ringed binder with dividers and lined paper (earliest,) pocket folders (earlier,) Trapper Keeper (later,) fountain pens (earliest,) cartridge ink pens (next earliest,) ball point pens (earlier,) BIC pens (later,) pencils, pencil sharpeners, crayons, colored pencils, mucilage (earliest,) paste (earlier,) glue (later,) wooden rulers (earlier,) plastic rulers (later,) protractor, compass, erasers. Think I got them all covered.

But instead of buying all of them just for old times sake, I decided to picture them here. My heart aches for those kids who cannot afford to arrive at school on the first day completely outfitted with new clothes, sweet smelling school supplies, and a few bucks in their pocket for lunch money! The MORE THAN EVER EDUCATION FUND, established by Gregory and me and administered by La Casa Norte is trying to help a little. Makes me feel good, but the job is immense and so many kids go without! One step at a time, I guess! 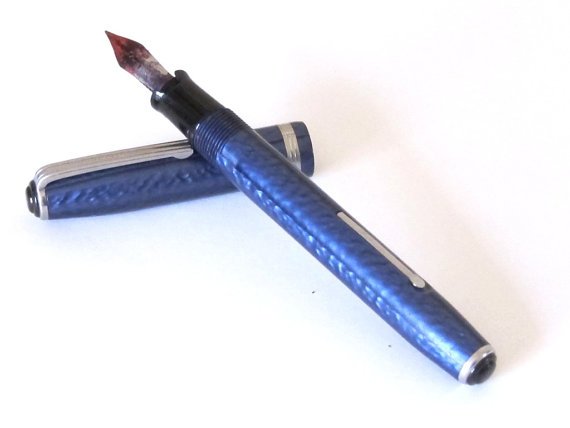 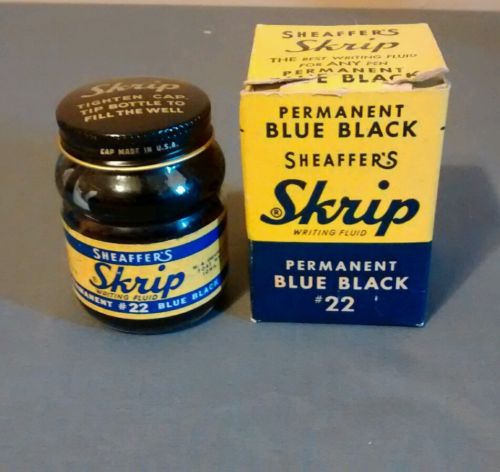 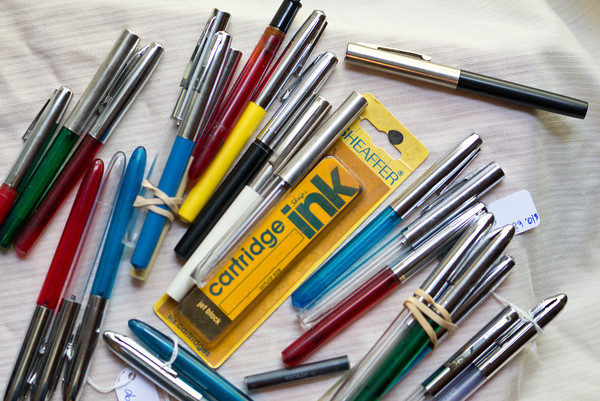 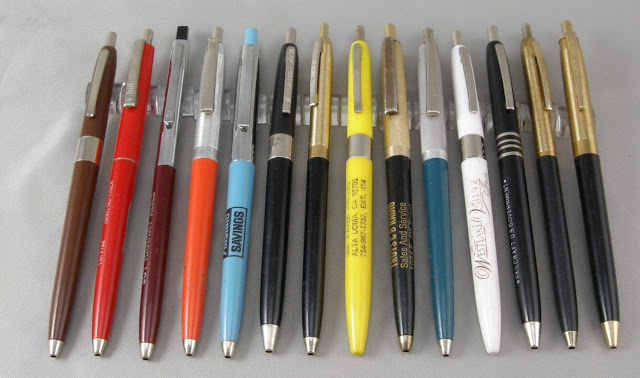 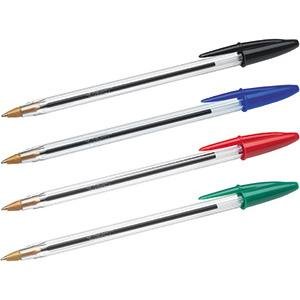 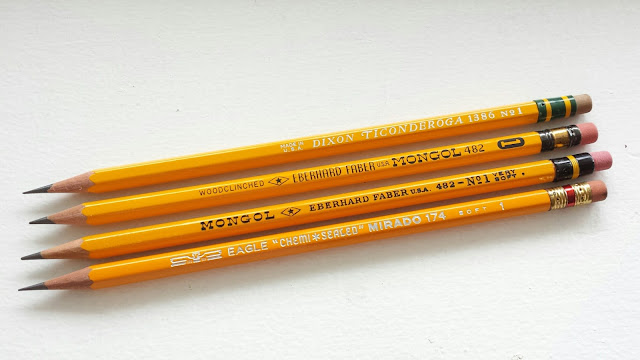 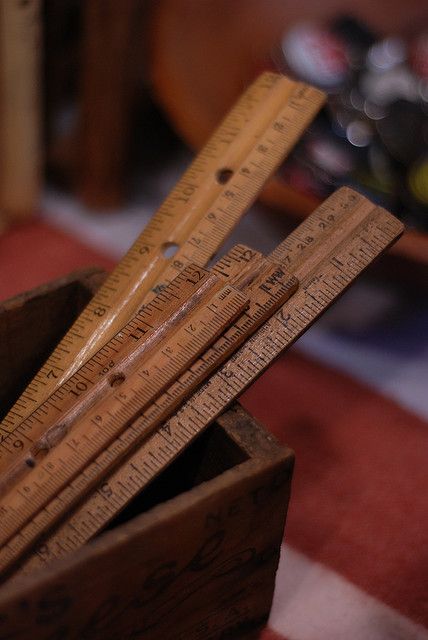 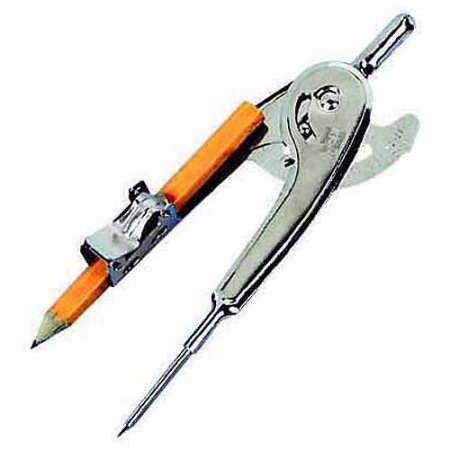 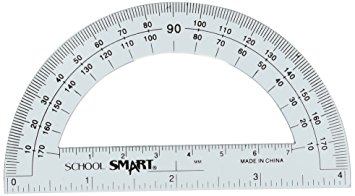 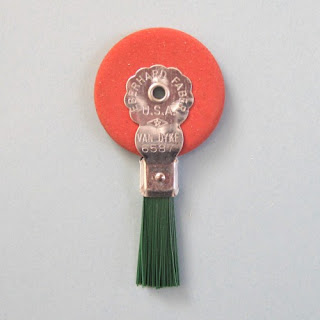 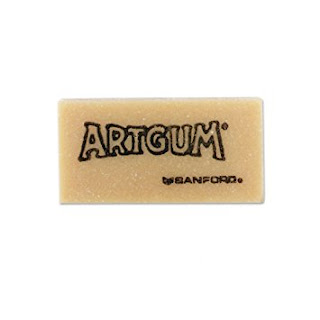 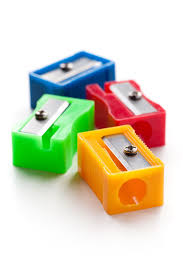 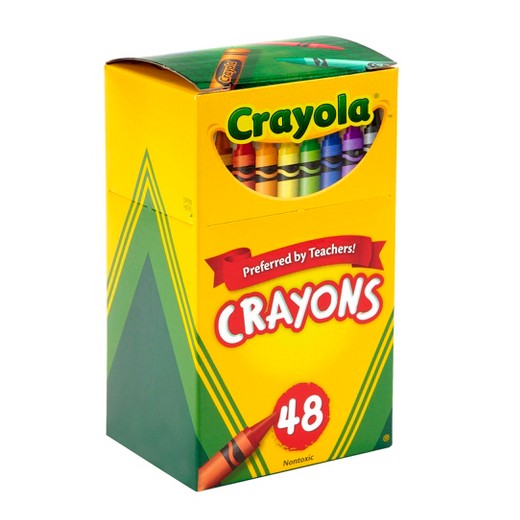 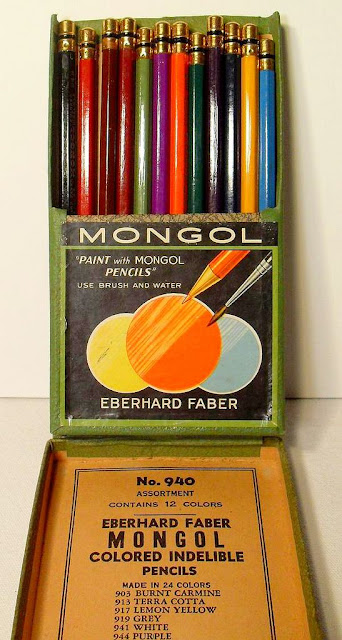 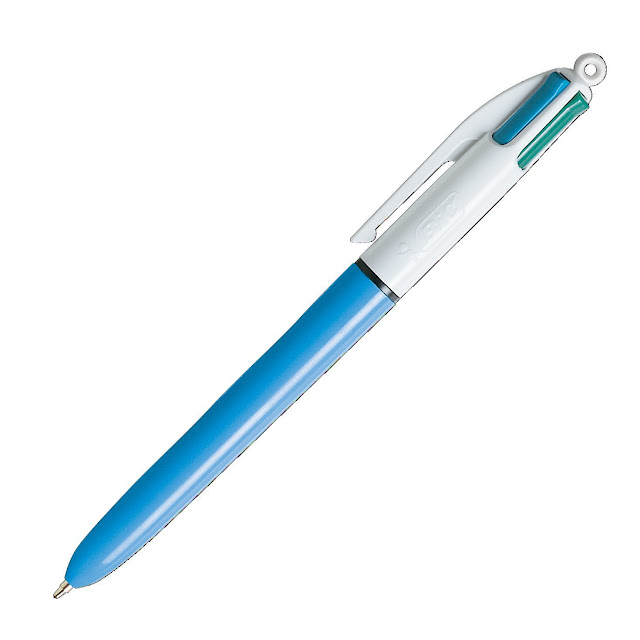 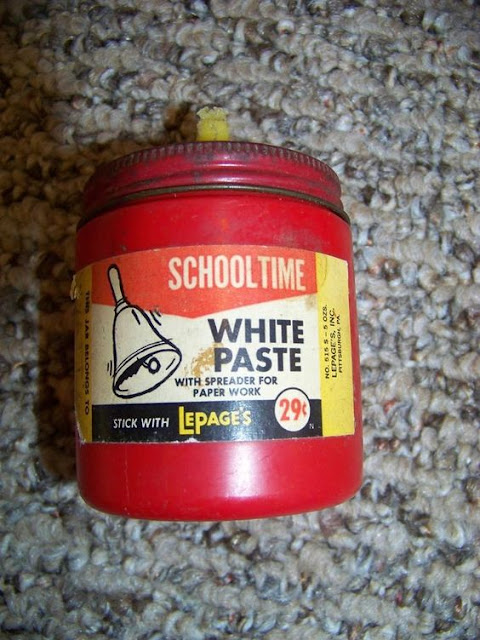 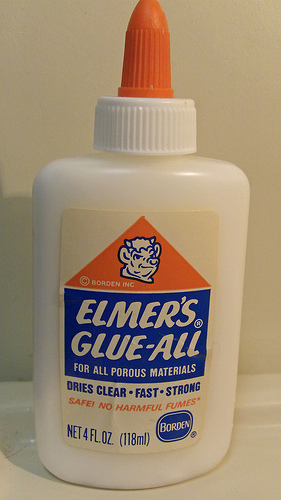 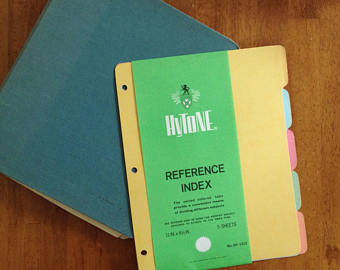 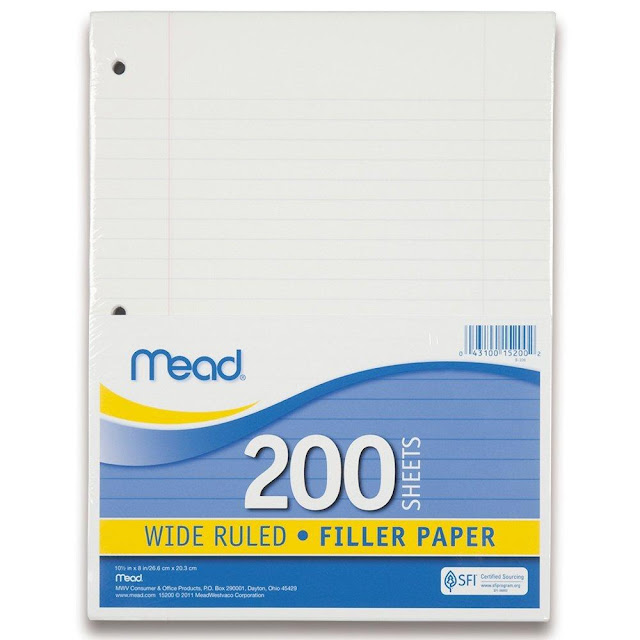 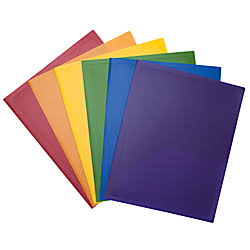 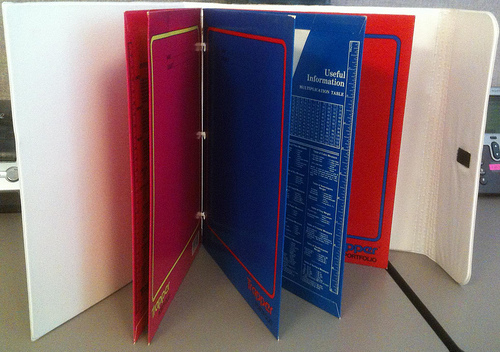 Posted by Michael Horvich at 1:21 PM