I will write more about the conference and my experience at a later date but wanted to share some photographs and the text of my presentation (which received a standing ovation from 150 attendees) on Saturday, July 28 at 4:00 pm.

The photo of Gregory and me was on the screen to my stage right as I made the 13-minute presentation. You may have read a similar version previously but this is the first time I have been able to get "the story" down to 13 minutes.

My notes on the presentation were printed on card stock in 24 point font to prompt me as I delivered it. I knew most of it by heart so was able to be face to face engaged with the audience. The BOLDFACE was to help make sure my emphasis was clear.

I prepared a bibliography hand out as well. 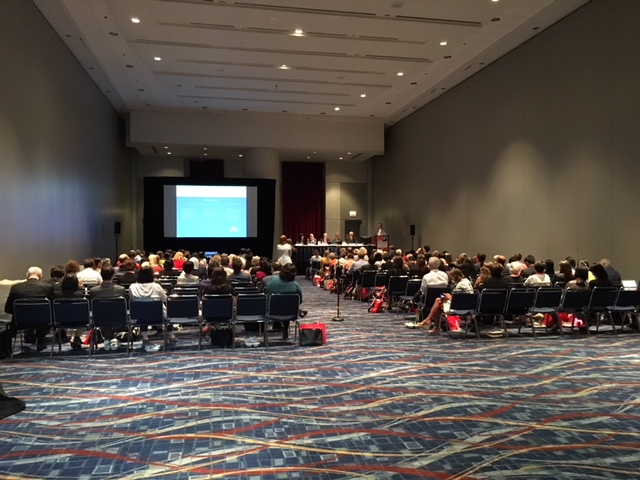 My fellow presenters. We each had 12 minutes. 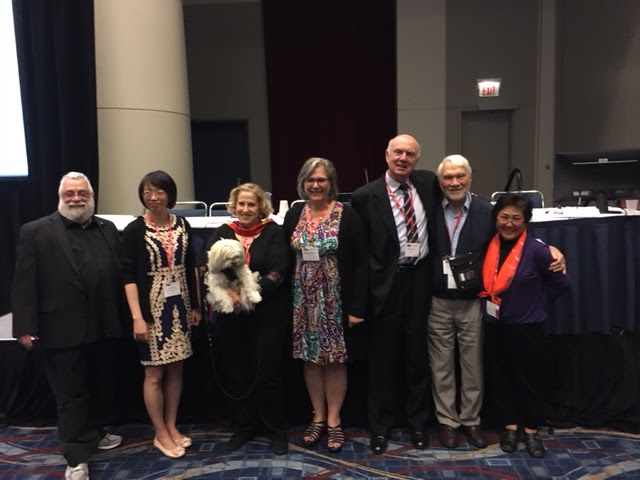 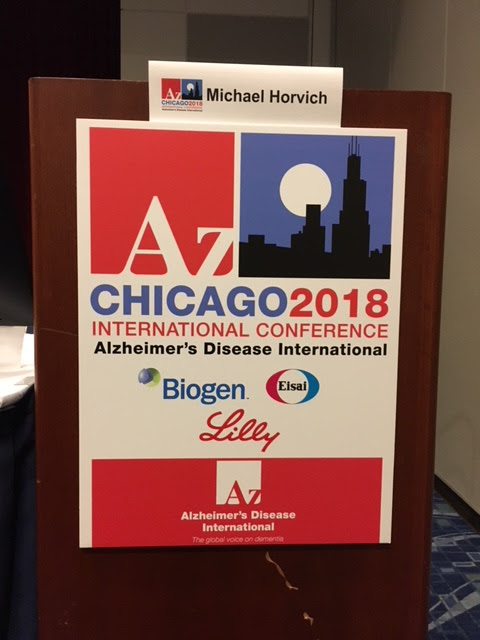 In the printed conference program book 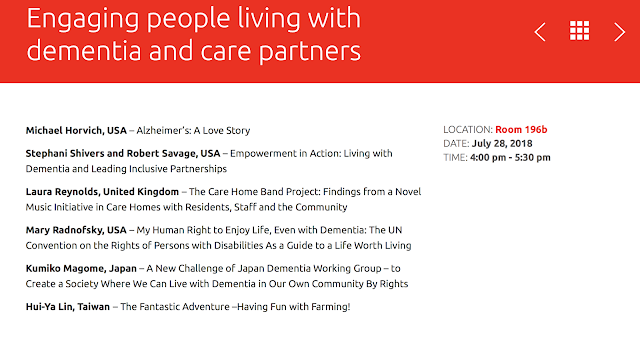 Photo of Gregory and me was on screen during my presentation 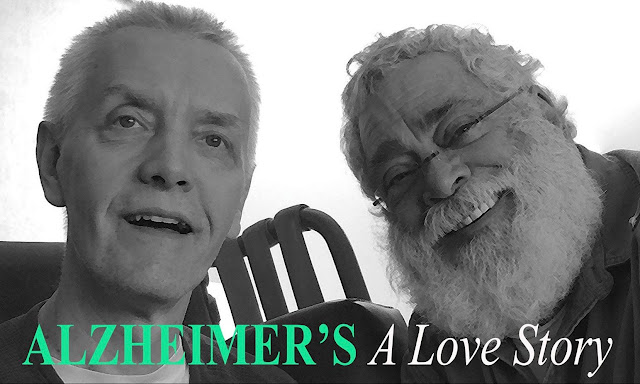 ALZHEIMER’S: A Love Story References/Resources
ADVANCED LIFE PLANNING AND DIRECTIVES
A “Peace of Mind Life” begins with planning ahead.

https://en.wikipedia.org/wiki/Five_Wishes
The Five Wishes
Worksheets including advance directives and planning
Created by “Aging with Dignity.”

http://www.amazon.com
Legal Guide for Lesbian and Gay Couples 2016(Updated often)
By: Frederick Hertz Attorney, Emily Doskow
Excellent guidelines for Gay Couples and what needs to be in place at end of life.
GENERAL SPIRITUAL
Living a loving, centered life helps prepare for anything which may occur.

There’s A Spiritual Solution to Every Problem. Wayne W. Dyer. 2003.

DEMENTIA / ALZHEIMER’S
Each person experiences Dementia/Alzheimer’s in their own way but none-the-less a universality of experience exists.

What the Hell Happened to My Brain? Living Beyond Dementia. Kate Swaffer. 2016.

GRIEF
While living with Dementia/Alzheimer’s there is a day to day loss grief, anticipatory grief, and end of life grief.

MORE ABOUT MICHAEL – CHECK OUT HIS WEBSITE
Michael has been called a “Renaissance Man.” He shares many of his interests with links at his online site.
MICHAEL’S SITE
http://www.mhorvich.com

MICHAEL’S BLOG’S
http://mhorvichcares.blogspot.com
BLOG: michael a. horvich cares about alzheimer’s
Informed by Michael and his life partner Gregory’s journey with Dementia/Alzheimer’s including anecdotes, observations, practical how to, life lessons, poetry, and more. Now inactive but archives over 1,250 posts which received 110,000+ hits from 2010 to 2015.

MICHAEL’S POETRY
http://www.amazon.com
Many of Michael’s poems have been informed by his and Gregory’s journey with Alzheimer’s but they also include much more including humor, insights, life observations, dreams, stories, etc!

MICHAEL’S DOCUMENTARY —  ALZHEIMER’S: A Love Story
This 35+ award-winning documentary has played to over 90 film festivals worldwide including the Cannes Film Festival.